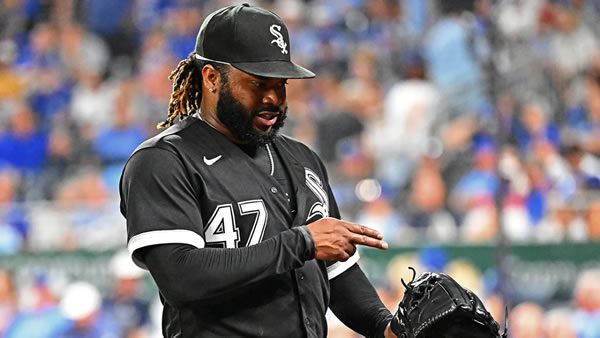 Heading into today’s matchup, the Chicago White Sox will look to bounce back from a 5-2 loss to Cleveland. In the game, Chicago scored 2 runs early but could not muster any additional offense. The White Sox have gone just 5-5 over their last 10 games. For the year, they have a record of 30-29 away from home.

The Cleveland Guardians head into the game looking to continue their strong play, as they have won 7 of their past 10 games. This includes picking up a 5-2 win over Chicago in last night’s game. Cleveland trailed the White Sox heading into the 7th inning but broke out for 4 runs, which was more than enough cushion.

Johnny Cueto gets the start for the White Sox, with an overall record of 5-5. Currently, Cueto has an ERA of just 2.78 while pitching an average of 6.47 innings per outing. Across his previous starts, opposing teams have put together a batting average of 0.259. So far, Cueto has managed to keep the ball in the ballpark, allowing just 0.9 home runs per 9 innings. On the season, Johnny Cueto has had no problem racking up strikeouts, posting a strikeout percentage of 16.0%. This includes a per game average of 4.18 K’s per game. For the season, he has struggled with command averaging 1.96 walks per outing.

The Cleveland Guardians will send Shane Bieber to the mound with an overall record of 8-6. Heading into the game, Bieber has appeared in 22 contests, posting an ERA of just 3.25. On average, he pitches 6.28 innings per appearance. In his previous outings, right-hander opponents are hitting 0.237 off the right-hander. So far, Bieber has managed to keep the ball in the ballpark, allowing just 0.72 home runs per 9 innings. Overall, Shane Bieber has struck out 25.0% of the batters he has faced. On average, he averages 6.36 K’s per game. Command has been a problem for Bieber, as he is giving up 1.82 walks per outing.

Today’s matchup between the Chicago White Sox and Cleveland Guardians will be their 15th meeting of the season. Cleveland holds the edge in the series at 9-5. Through 14 games, the series over-under record is 7-6, with the average run total sitting at 8.16 runs per game. The averge scoring margin in these meetings is 3.64 runs. Going back to last year, Chicago won the season series, 10 games to 9. In these 19 meetings, the two teams combined for an over-under record of 10-9. Last year, the White Sox and Guardians averaged 8.16 runs per game. The average scoring differential in this series was 2.79 runs per game.

Heading into today’s AL Central action, the Guardians are the strong favorite to come away with the win. With Shane Bieber on the mound, look for the Guardians to pick up another division victory. The Cleveland right-hander has given up a total of just 5 runs in his last 4 outings. I recommend taking Cleveland on the moneyline.

Free MLB Pick: Guardians Moneyline. NEW! Get a massive 125% real cash bonus up to $400 in free bets and a free point every time you bet your favorite basketball or football team when you use bonus code PREDICTEM at GTBets Sportsbook!