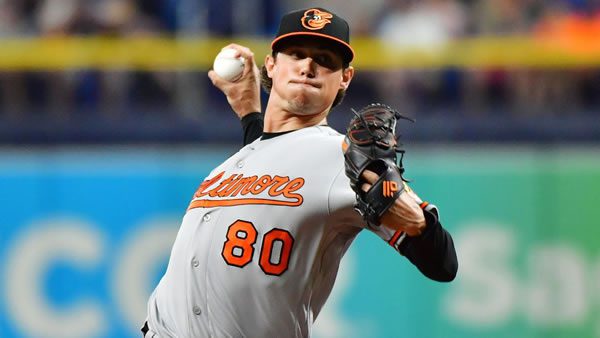 The Baltimore Orioles host the Chicago White Sox on Wednesday August 24th at Oriole Park at Camden Yards. The first pitch in this matchup is scheduled for 07:05 ET. The MLB Odds Board places Baltimore as the favorite (-110), with an OU line set at 8.5.

Chicago heads into today’s action, looking to rebound from a 5-3 loss to Baltimore. Chicago’s pitching staff finished the game by allowing 5 hits, leading to 5 runs. The White Sox ended the game with just 3 runs on 11 hits. White Sox suffered the loss, despite being favored at -135.0. So far, the team has been the favorite in 79 of their games, winning at a rate of 54.0%. With the over-under line set at 7.0 runs, the White Sox and Baltimore combined to go over this total. Even with this game going over the total, Chicago still has an over-under record of just 55-59-9.

In their last 5 games, the White Sox are below .500, at 1-4. In this rough stretch of games, the team’s run differential comes in at -21. A key reason for Chicago’s recent struggles is an offense averaging just 3.2 runs per game over their last 5 contests, compared to a season average of 4.20. Chicago’s overall series record is just 15-15-10.

Baltimore is coming off a 2 run win over the White Sox (5-3). In the winning effort, the team’s pitchers held the White Sox to 3 runs and 11 hits. Offensively, they finished with 5 runs on 5 hits. Despite being the underdogs, getting 115.0 on the moneyline, the Orioles still picked up the win. So far, the team has gone into 95 games as the underdog, still finding the win column at a rate of 49.0%. The Orioles and White Sox went over the run total line set at 7.0 runs. Against the run total, Baltimore is just 57-60-5.

Across their last 5 contests, the Orioles are above .500, going 3-2. During this time, the team’s run differential sits at +7. Overall, the Orioles are averaging 4.30 runs per contest. But, over their last 5 outings, they have been scoring at a clip of 6.0 runs per contest. On the season, Baltimore has won more than half of their series, going 20-17-4.

The Chicago White Sox will send Lucas Giolito to the mound with an overall record of 9-7. To date, Giolito has an ERA of 5.34 while lasting an average of 5.28 innings per appearance. Opposing teams have hit the ball well against the right-hander, with a batting average of 0.291. Opposing batters have been able to drive the ball with power against Giolito, averaging 1.47 homers per 9 innings pitched. In terms of strikeouts, Lucas Giolito has a strong strikeout percentage of 26.0%, including a per game average of 6.0. In his previous outings, walks have been an issue, as Giolito is averaging 3.4 free passes per outing.

The Baltimore Orioles will send Spenser Watkins to the mound with an overall record of 4-3. Watkins gets the start with an ERA of 4.04. On average, he has lasted 4.59 innings per appearance. Opposing teams have hit the ball well against the right-hander, with a batting average of 0.265. Opposing batters are hitting for power at a below-average rate against Watkins, as he is allowing just 1.04 per 9 innings. Watkins has accumulated a strikeout percentage of 14% and a per game average of 2.82. Watkins comes into the game hoping to improve his walk numbers, as he is averaging 2.54 free passes per outing.

Today’s matchup between the Chicago White Sox and Baltimore Orioles will be their 6th meeting of the season. Baltimore holds the edge in the series at 4-1. The over-under record in this series sits at 1-4. The average run total in these games is 8.71 runs per game. The averge scoring margin in these meetings is 2.8 runs. Going back to last year, Chicago won the season series, 7 games to 0. In these 7 meetings, the two teams combined for an over-under record of 4-3. Last year, the White Sox and Orioles averaged 8.71 runs per game. The average scoring differential in this series was 4.14 runs per game.

Heading into Wednesday’s matchup between Chicago and Baltimore, the over-under line is set at 8.5 runs. Look for this to be a low-scoring game in which each starting pitcher has a strong outing. Even though Lucas Giolito was shelled in his last outing, I expect a bounce-back performance vs Baltimore. On the other side, Spenser Watkins is facing a White Sox lineup that has been inconsistent all season long.

Free MLB Pick: Under 8.5 Runs. Bet your ChiSox vs. O’s prediction and ALL your MLB wagers for FREE this week by taking advantage of a 125% real cash bonus up to $400 in free bets when you use bonus promo code PREDICTEM at GTBets Sportsbook! Note: They also give you a FREE half point on your favorite NFL, college football, NBA and college basketball bets! Sweet loyalty program too! A must have in your sports betting arsenal!