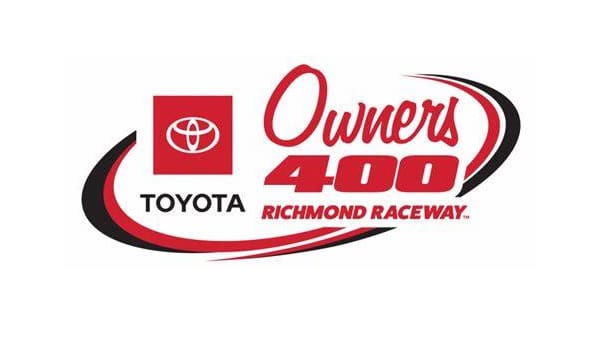 Martin Truex Jr. pulled off the win at Martinsville after rain delayed the majority of the race until Sunday. NASCAR made a valiant effort and ran 42 laps after delaying the race over an hour already. Fans were there for the first ever night race at Martinsville, but it just wasn’t meant to be.The race resumed on Sunday, where Ryan Blaney and Denny Hamlin seemed to be the cream of the crop. Interestingly enough, Blaney’s crew chief was smart enough to notice that the race would likely be delayed due to rain and set up his car for a day race instead of a night race. I guess it just wasn’t quite enough, though. In fact, Truex Jr. only led the last 15 laps. He made a great pass with 15 to go and never looked back. It was even more impressive as his teammate, Denny Hamlin, outran him on the restart but was unable to hold on. This win makes it his third in the last four races at this track. He was the first driver to be a repeat winner for the 2021 Cup Series.

Denny Hamlin and Ryan Blaney were both thinking their chances were pretty good, especially being that they led a combined 433 of the total 500 laps. Unfortunately, and I hate to say it this way, but Blaney’s crew lost the race for him. While pitting, Blaney caught an air hose upon exit, causing a penalty. He was required to restart at the rear of the field. He was able to make a valiant push towards the front, but he still only managed an 11th place finish after winning stages one and two. Hamlin fell off a touch towards the end, being passed by Chase Elliott and coming home with a very respectable 3rd place finish. Your complete top 5 were Truex Jr., Elliott, Hamlin, Byron, and Larson. It was a strong run for the Hendrick garage as you can see their young guns really making a stake in the top 5 spots. Those guys are competitive week in and week out and are making a good name for themselves as they move through the season. The remainder of the top 10 included Logano, Bell, Reddick, Harvick, and Kyle Busch. Again, there are another good group of younger drivers intertwined in the back half of the top 10. Bell and Reddick are both coming into their own and earning more consistency each week. They’ll have another opportunity to carry on their momentum with another short track run this weekend.

The drivers and teams stay in the Commonwealth for another go at Richmond. Although it’s another short track, that’s essentially where the similarities stop. While others compare these tracks frequently, I do not think that they’re so easily comparable. It’s an interesting configuration. It’s actually the only 0.75 mile short track on the circuit, making it pretty unique. It’s also not flat like Martinsville. It’s not extremely banked by any means, but the 14 degrees in the turns definitely gives the drivers much more speed and momentum comparatively. They don’t have to bank into the corners so hard and can carry much more speed through the turns unlike Martinsville, where drivers have to brake heavy coming into the turns and then slam the gas out of the turns to the short straight. It’s like 250 drag races around Martinsville. Richmond is a little more forgiving on the equipment for sure. There’s 8 degrees of banking on the frontstretch and only 2 degrees on the backstretch. Tires are a consideration at Richmond more-so than Martinsville as well simply because the track is slightly bigger. Goodyear did a lot of testing at Richmond, but there always seems to be an element of tire problems when we come here. If nothing else, we definitely notice that tire strategy is a key factor in the outcome of this particular race. Another issue that we saw a lot of at Martinsville that teams are hoping does not carry over to Richmond are pit road penalties and mishaps. It cost Ryan Blaney the race, in my opinion. Hopefully, the teams have better results moving into Richmond.

When it comes to picking a winner for Richmond, quite frankly, I’d be pretty dumb to not go with Martinsville winner Martin Truex Jr. At +330, he’s overwhelmingly the favorite. His last 4 Richmond races resulted in 2 wins, a runner-up finish, and a third place finish. Being that he won Martinsville and has that type of Richmond record, he’s most certainly the one to beat. I think we’ll see contenders very similar to last weekend. Denny Hamlin and Ryan Blaney will likely run strong races. We will also have to look out for Chase Elliott and Kevin Harvick, as well as the other two Penske drivers, Logano and Keselowski. Let’s take a look at your potential winners heading into Sunday’s race:

Dillon has a rocky record. That being said, he’s had some better finishes this season, and short tracks are a little better to him. He’s had 2 sixth place finishes in his Richmond career and a best 4th place finish last fall. He’s looking to continue the trend. With what we’re seeing from him this season, I expect for him to have a competitive run this weekend and one of his better finishes of 2021. I’ll be 100% honest here and admit that this is not the best track for Byron. Keeping that in mind, we have to realize that something is clicking this year. He’s doing tremendously better when compared to some of his other seasons overall. Byron managed a top 5 at Martinsville, where he also is not historically great. Knowing that info, I think we can safely say we can’t base our predictions on previous years’ results. Let’s take a look at the current standings as these teams head into Richmond.

Sometimes, the short tracks throw as many wrenches as the superspeedways. I anticipate that we will see a few unexpected outcomes that will affect the standings as we wrap up at Richmond as well. Keselowski actually dropped 5 spots after a rough race at Martinsville. He will surely look to improve and make some jumps here at Richmond where he is a strong competitor. Chase Elliott gained 2 positions after Sunday’s race. I believe that he’s got the opportunity make similar moves here at Richmond. Alex Bowman fell out of the top 16 and was replaced by Michael McDowell. Bowman will certainly be looking to regain his spot within the top group, but it’s going to be a bumpy ride. Stay tuned for a great afternoon of more Virginia short track racing!