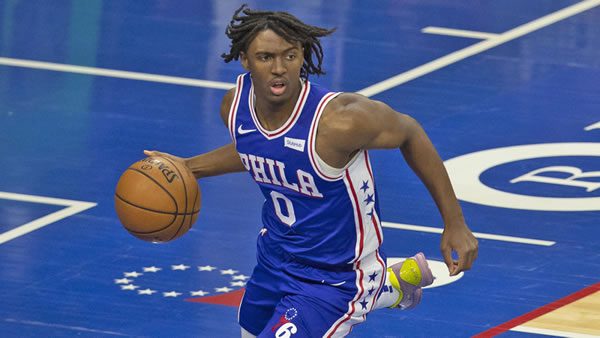 The 76ers come into today’s matchup with an overall record of 5-6. So far, the team has gone 5-6-0 against the spread. In the team’s past three games, their overall mark sits at 1-2. Philadelphia is 1-2 vs. the spread in these matchups.

Philadelphia is going for yet another win, as they previously defeated the Suns. With the 100-88 victory, they also covered the spread as 1-point underdogs. The Sixers entered the second half with a 9-point lead and were able to slightly extend that margin and prevent a second-half comeback by the Suns. Leading the team in scoring was Joel Embiid, as he contributed 33 points while hitting 38.1% of his shots.

So far, the Hawks have put together an overall record of 7-4, while going 5-6-0 vs. the spread. In the team’s past three games, their overall mark sits at 2-1. Atlanta is 2-1 vs. the spread in these matchups.

The Hawks are coming off a disappointing 125-119 loss to the Jazz. Going into the game, they were favored to win by 4 points. Atlanta was unable to turn things around in the 2nd half, as they trailed the Jazz by six going into halftime. In the loss, Dejounte Murray led the team in scoring with 26 points on a field goal percentage of 55.0%.

Looking back to last season, the 76ers and Hawks met up for three games, with Philadelphia winning the series 2-1. A large part of the team’s overall success vs. Atlanta was their ability to win on the road, as they were above .500 away from home in the series. Similar to their season-long average, the 76ers averaged 105.33 points per game vs. the Hawks. While the 76ers were able to maintain their usual level of production against Atlanta, the Hawks averaged fewer points per game in the series, at 96.0. Over the last five head-to-head meetings, the 76ers have averaged 103 points per game compared to 98 for Atlanta. This has led to an ATS record of 3-2 for Philadelphia. The over-under record in these same games is 0-5, with the teams combining for an average of 201 points per game.

The 76ers come into today’s game as the 24th ranked scoring offense at 108.9 points per game. So far, the 76ers are averaging 95.0 possessions per game, which places them below the NBA average. A key aspect of the team’s offensive struggles is the fact that they not only play at a slow pace, but they struggle to score inside. Heading into today’s game, Philadelphia is just 30th in shots made inside the arc.

On the defensive end of the floor, the 76ers are giving up an average of 107.33 points per game, good for 8th in the NBA.

Leading scorer Tyrese Maxey will need to be on top of his game vs. the Hawks, as they were on the NBA’s top teams at limiting the scoring of opposing point-guards.

Through 11 games, Atlanta is the 7th best scoring team at 116.7 points per game. For the season, the Hawks have been playing an up-tempo style of basketball as they sit 6th in the NBA in possessions per game. Thus far, the team’s fast-paced style of play has helped their overall numbers as they are currently the 1st team in made field goals per contest.

Defensively, Atlanta has had its problems giving up an average of 112.38 points per game (21st).

Leading scorer Trae Young will need to be on top of his game vs. the 76ers, as they were on the NBA’s top teams at limiting the scoring of opposing point-guards.

This series has turned into a low scoring one. Many of the recent games in this series have fallen around the 203-point mark. With today’s total coming in at 222.5, we’re betting the under heavily. We also like the Hawks to cover the -1.5. Good luck!