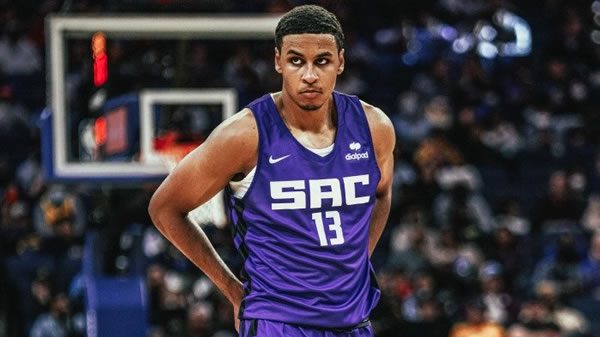 Heading into the game, Philadelphia is 29-16 overall. When taking to the road, Philadelphia has a mark of 12-9 and a win percent of 57%. Currently, the team is 3rd in the Eastern Conference. So far, they are 25-19-1 vs the spread. In their matchup against Sacramento, the Philadelphia 76ers have won 4 straight games and will look to push that mark to 5 in a row.

The 76ers came away with a win in their last matchup against the Trail Blazers, achieving a 105-95 victory as 1 point favorites. Joel Embiid led the 76ers with an impressive performance, scoring 32 points on a shooting percentage of 54.5%. In addition to the win, the 76ers also covered the spread.

Heading into the game, Sacramento is 26-18 overall. When playing at home, Sacramento has a mark of 15-9 and a win percent of 62%. Currently, the team is 3rd in the Western Conference. So far, they are 24-19-1 vs the spread. Sacramento will look to stay hot in today’s game vs Philadelphia as they are the winners of 6 straight games.

In their last outing, the Kings emerged victorious against the Thunder, winning by a score of 118-113. Keegan Murray led the team in scoring with 29 points. The Sacramento team was not able to cover the spread as 5-point favorites.

In the most recent matchup between the two teams, the 76ers picked up the 123-103 win over the Kings. The 76ers’ point margin of victory was enough to cover the spread as 4.5 point favorite. This has been the only matchup between the two teams this season. In terms of betting, Philadelphia has an ATS record of 4-1 in the previous 5 matchups vs Sacramento. This mark has come on an average scoring margin of +13 points per game in favor of the 76ers. In these contests, they averaged a combined 217 points per game, leading to an over-under mark of 1-4.

This season, the 76ers offense is averaging 113.7 points per game, which is 15th in the NBA. In terms of pace, Philadelphia has been playing at one of the slower tempo’s in the league, averaging just 98.2 possessions per game. Philadelphia’s 3-point shooting numbers are below the league average, as they have hit just 37.9% of their looks from deep. On average, the team gets up 33.4 3-point shots per game, placing them 14th in the NBA. Defensively, the 76ers have been one of the best units in the NBA, allowing just 107.33 points per game. So far, they have done an excellent job defending the 3-point arc, allowing teams to hit just 34.56%.

Joel Embiid is the top scorer for the 76ers, with an average of 33.6 points per game. This season, his field goal percentage is 53.7%. Tobias Harris is the team’s second-leading scorer, averaging 16.3 points per game.

This season, Sacramento is among the league leaders in scoring, averaging 119.8 points per game. So far, the Kings are also one of the more up-tempo teams in the league, sitting at 101.0 possessions per game. Sacramento’s offensive attack has benefited from some hot shooting from outside. Not only are they among the league leaders in 3-pointers attempted per game, but they are 10th in 3-point shooting percentage at 36.6%. Defense has been a struggle for Sacramento, as they are currently allowing 115.77 points per game. The team’s 3-point shooting defense has been a problem this year. So far, opposing offenses have hit 37.05% of their looks from the outside.

This is Philadelphia’s fifth road game on their west coast swing. They played a great first half in Portland Thursday, but faded badly near the end of the game, which Portland really beat themselves more than the Sixers beating them. Teams tend to peter out near the end of long road trips and that’s exactly what I’m betting tonight, making the Kings my top play of the day. Bet your NBA predictions for FREE all weekend by scoring a 100% real cash bonus up to $500 when you enter promo code PREDICTEM at Betnow Sportsbook!