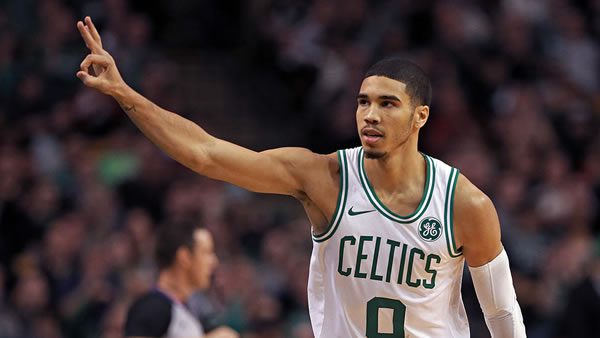 Point Spread: DEN +5/ BOS -5 (Did you know that you could be placing your sports bets at reduced odds -105 instead of the spendier -110 your bookie is socking you? Quit overpaying and start saving big bucks TODAY by making the switch to BetAnySports! You’ll be SO glad you did!)

So far, the Nuggets have put together an overall record of 8-3, while going 5-6-0 vs the spread. Denver will be going for their 5th win in a row in today’s game as they have rattled off 4 straight victories.

The Nuggets are coming off a 122-119 win over the Pacers. Although they came away with a straight-up win, it was not enough to cover the spread as they entered as 5 point favorites. Denver put together a strong second-half performance, as after 2 quarters, they trailed the Pacers by 14 points. In the win, Nikola Jokic led the team in scoring with 24 points on a field goal percentage of 50.0%.

So far, the Celtics have put together an overall record of 8-3, while going 5-6-0 vs the spread. The Celtics entered today’s game, having picked up 4 straight wins. This has come on an average scoring differential of 9.5 points per game.

The Celtics will look to keep things rolling, as they previously beat the Pistons by a score of 128-112. Heading into the game, they were 13-point favorites on the spread, giving them an ATS win. Boston was able to take care of business in the second half of this game, as they didn’t allow the Pistons to cut into their 14-point halftime lead. In the win, Jayson Tatum led the team in scoring with 31 points on a field goal percentage of 50.0%.

The Celtics are coming off a season in which they defeated Denver in both of their games, winning by scores of 108-102 and 104-102. Last year, the Nuggets saw a drop in overall scoring when playing the Celtics, averaging 103.0 points per game. While the Nuggets struggled on offense in the series, the Celtics maintained their usual level of scoring at 116.0 vs Denver. The Celtics have had the better record vs the spread over the last 5 games, going 4-1. The team’s average scoring margin in these contests sits at 14 points per game. In these contests, they averaged a combined 208 points per game, leading to an over-under mark of 1-4.

Heading into play, the Nuggets’ offense is rated 6th in the league in scoring, averaging 6th points per contest. When looking at the team’s pace of play, the Nuggets are currently below the league average in possessions per game, averaging just 100.8 per contest. Even though they have preferred to slow the game down, the Denver offense is the 17th-ranked team in made field goals per game.

Currently, the Nuggets defense is ranked 14th in points allowed. So far, opposing teams are averaging 110.41 points per game vs. the unit.

Leading scorer Nikola Jokic will need to be on top of his game vs. the Celtics, as they were on the NBA’s top teams at limiting the scoring of opposing centers.

The Boston offense will take the floor in today’s game with the league’s 2nd ranked offense at 118.7 points per game. The Celtics come into the game as one of the league’s better 3-point shooting teams, connecting at a rate of 15.8 made 3’s per game. A key to the team’s offensive success is their ability to knock down outside shots, as they are ranked 1st in 3-point shots made per game. Their overall offensive numbers could go up if they begin to play at a faster pace. So far, they are below the league average in possessions per contest.

Against the Nuggets, the Celtics will look to continue their strong defensive play. For the year, they are the 1st ranked unit at 104.48 points per game.

Leading scorer Jayson Tatum will need to be on top of his game vs the Nuggets, as they were on the NBA’s top teams at limiting the scoring of opposing power forwards.

Get this one fast! The line opened at +5.5 and has already been bet down to +4.5. Denver has a legit shot of winning this game straight up! Check out this killer offer! Get a 125% REAL CASH bonus up to $400 and get a FREE HALF POINT every time you bet your favorite NFL, college football, NBA and college basketball team! Get all this plus a sweet player rewareds program by signing up and entering bonus promo code PREDICTEM at GTBets Sportsbook! They’ve been with us for over 10 years with ZERO complaints!