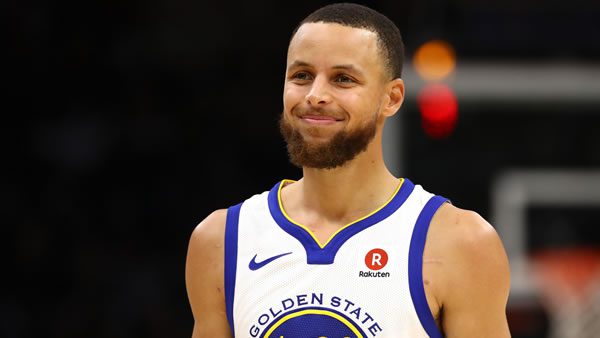 So far, the Warriors have put together an overall record of 1-0, while going 1-0-0 vs the
spread. In their previous game, the Warriors were favored to win vs the Lakers. However, their
123-123 loss gave them both a straight-up and ATS loss. Leading the team in scoring was Stephen
Curry, as he contributed 33 points while hitting 45.5% of his shots.

In last year’s regular season, the two teams played games against each other, with the Nuggets
walking away a series win at 3-1. Denver finished with an above .500 record on the road in their
head-to-head matchups. Similar to their season-long average, the Nuggets averaged 109.75 points
per game vs the Warriors. Just like the Nuggets, the Warriors maintained their usual level of
scoring in head-to-head matchups, averaging 109.75 points per game vs Denver. The Warriors have
had the better record vs the spread over the last 5 games, going 3-2. The team’s average scoring
margin in these contests sits at 8 points per game. The over-under record in these same games is
4-1, with the teams combining for an average of 228 points per game.

The Nuggets come into today’s game as the 28th ranked scoring offense at 102.0 points per
game. Coming into today’s game, the Nuggets will be looking to improve their 3-point shooting
numbers, as they are averaging just 5.0 made 3’s per game. If the Denver offense is going to turn
things around, not only do they need to improve their outside shooting but they must do a better
job protecting the ball. Currently, they are averaging 21.0 turnovers per game.

A key matchup to watch is if the team’s leading scorer Nikola Jokic will be limited at all by
the Warriors, who are on the NBA’s top teams at limiting the scoring of opposing centers.

The Golden State offense will take the floor in today’s game with the league’s 7th-ranked
offense at 123.0 points per game. One reason why the Warriors are near the top of the NBA in
points per game is their tendency to play an up-tempo style of basketball. So far, the team is in
the upper half of the NBA in possessions per game. Although the team is playing at an up-tempo
speed, they would benefit from scoring with more efficiency, as they are just 16th in the league
in overall field goal percentage at 53.5%.

One thing to watch will be if Stephen Curry will be able to take advantage of his matchup vs
the Nuggets. Last year, they were ranked just 11th in points allowed to point-guards.

Denver played the Warriors tough last season and have a massive advantage in the paint with
Nikola Jokic. Don’t read too much into their big loss at Utah on the 19th. They were probably
looking ahead to tonight’s game vs. the Warriors! Take the points with Denver! Question: Do you live bet games? Have you seen the KILLER platform they have at Bovada Sportsbook? If not, check it out! It blows away the competition!