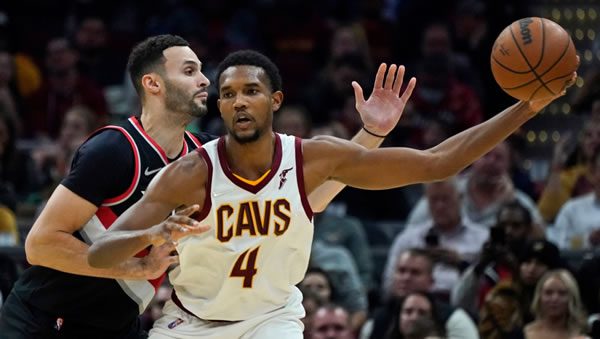 (Get the best bang for your buck: Top Bonus Offers)

The Boston Celtics enter today’s game, having won 2 straight games. In their past ten contests, the Celtics have played above .500 basketball, going 6-4.

As the road team, Boston traves to Cleveland with a positive plus-minus of rating 5.9 points. Overall the Celtics are ranked 14th among NBA teams in point differential (0.9). Among NBA teams, they have played the 13th toughest schedule.

For bettors, taking the Boston Celtics to cover the spread has been a winning bet as they are covering the spread in 58.30% of their games. Their season-long plus-minus against the spread is -0.9.

On offense, the team’s leading scorer is SG Jaylen Brown. So far, Brown is averaging 25.62 points per game. This output places him 2nd in his position group. Brown has also been Boston’s best three-point shooter, making 2.88 three-point shots per game.

Robert Williams III has been in charge of cleaning up the glass, hauling in 9.0 boards per contest.

The Cleveland Cavaliers enter today’s game, winning 7 of their past ten games. When playing at Quicken Loans Arena, the Cavaliers are an above .500 team, having gone 3-2. This mark has come while playing the 11th toughest schedule.

As they get set to host the Celtics, Cleveland has a favorable home plus-minus of 3.0 points. Overall the Cavaliers are ranked 11th among NBA teams in point differential (-8.4).

For bettors, taking the Boston Celtics to cover the spread has been a winning bet as they are covering in 76.90% of their games.
Their season-long plus-minus against the spread is 8.1.

Jarrett Allen has been the team’s best rebounder, pulling down 11.15 boards per game.

Look for this game to be played slowly with a limited amount of possessions. These two’s team’s preference to slow the game down is reflected in the over-under total of just 203 points. When the Celtics play other slow-paced teams, the pace falls four possessions per game below the league average. The same goes for Cleveland, who also bring games below the NBA average. This slow tempo style should help the Cavaliers keep things close, as they have their highest win percentage vs. slow-paced teams.

The key matchup to watch in this game is if Cleveland can slow down the Boston offense. So far, the Cavaliers are one of the worst defensive teams in the NBA. Above-average offensive teams are averaging 4 points per possession above the league average. When playing teams who score the ball efficiently, they lose by an average margin of 10 points.

Last season, these two Eastern Conference teams met up for three games, with Cleveland winning the series 2-1. Between the three games, the Cavaliers outscored the Celtics 345-322. Not one of these games was particularly close, with the tightest margin being 7 points.

How the Public is Betting the Celtics vs. Caveliers

60% are betting the Celtics against the spread.

Both teams are playing back-to-back games, with Cleveland having the advantage of not having to travel. Each team was able to pick up a win and look to make it two in a row. Even though the Celtics were able to fend off the Milwaukee Bucks, they needed overtime to do so against a team playing without Giannis Antetokounmpo. Boston figures to be once again playing without Jaylen Brown. In this game, I look for the Cavaliers to come up with a big home victory over the Celtics.

As of writing this article, there are no player prop lines currently available. However, I recommend looking to identify players likely to go under their totals. Back-to-back games are tough on NBA players, particularly players relying on three-point shots for their scoring. One player likely to fall below his line is Dennis Schroeder. The Celtics point guard carried the scoring load last night and is unlikely to have anywhere near a repeat performance. Bet your NBA picks for FREE this week by scoring a 100% REAL CASH bonus on your first deposit of $100 to $1000 at Betnow Sportsbook!