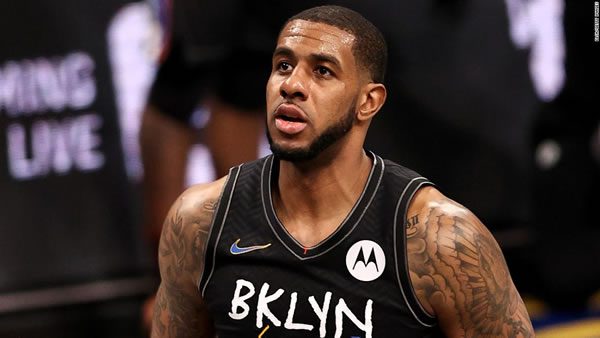 Point Spread: BRO +1.0/ATL -1.0 (Opened at ATL -1.5 at Bovada - One of the biggest and BEST sportsbooks on the web! Why? 1. Your credit card WILL work there for deposits! 2. They pay FAST! 3. Their live wagering platform is off the rails awesome! 4. You get a rebate on EVERY bet; even if it wins! 5. They offer tons of prop bets! Check them out!)

The Brooklyn Nets enter today’s game, having won seven of their past ten games. When playing away from home, the Nets are an above .500 team, having gone 9-3. As the road team, Brooklyn travels to Atlanta with a positive plus-minus of rating of 5.0 points. Overall, the Nets are ranked 6th among NBA teams in point differential (4.8). Among NBA teams, they have played the 25th toughest schedule.

For bettors, taking the Brooklyn Nets to cover the spread has been a losing bet as they have covered in just 37.50%% of their games. Their season-long plus-minus against the spread is -2.3.

On offense, the team’s leading scorer is SF Kevin Durant. So far, Durant is averaging 28.39 points per game. This output places him 1st in among small forward. The Nets’ best three-point shooter has been Patty Mills, connecting on 3.08 shots from downtown per game. James Harden has been in charge of cleaning up the glass, hauling in 8.04 boards per game.

The Atlanta Hawks enter today’s game, having won seven of their past ten games. When playing at State Farm Arena, the Hawks are an above .500 team, having gone 8-4. As they get set to host the Nets, Atlanta has a positive home plus-minus of 7.5 points. Overall the Hawks are ranked 9th among NBA teams in point differential (1.6). Compared to other teams, they have played the5th toughest schedule.

For bettors, taking the Atlanta Hawks to cover the spread has been a losing bet as they have covered in 44.00% of their games.

On offense, the team’s leading scorer is PG Trae Young. So far, Young is averaging 26.28 points per game. Young has also been Atlanta’s best three-point shooter, hitting 2.76 shots from downtown per game. Clint Capela has been in charge of cleaning up the glass, hauling in 12.68 boards per game.

Coming into the game, the Brooklyn Nets are the 12 ranked team in pace, averaging 98.9 possessions per game. On offense, 61% of their shots come inside the arc, ranking 10th in the NBA. Brooklyn also does a good job getting to the line, ranking 4th in free-throw attempts per contest. On the other side, Atlanta is the 21st rated team in pace, also opting for two-point shots. So far, 63% of the team’s shots two-point looks. However, they don’t generate free-throw attempts at the same rate as their opponent, ranking just 23rd.

The key to this game is if Atlanta will be able to show up on defense. So far, the Hawks are giving up 108.5 points per contest. Even though the Nets don’t take a lot of three-point shots, they are one of the more efficient teams at hitting their looks from deep. Through 25 games, the team is ranked 9th in the NBA at 36%. One thing working in Atlanta’s favor is their tendency to avoid putting teams on the line. So far, their opponents are getting just 17 free-throw attempts per game. If they can keep this trend going, it should help them keep this game close.

This game will be the second meeting of the season for these two teams. In the first matchup, the Nets defeated Atlanta by a score of 117-108. Last season, the Nets won the season series 2-1.

More Picks: Boston at Phoenix Betting Predictions for their 12/10/21 Game >>>

How the Public is Betting the Nets vs. Hawks

55% are betting the Hawks against the spread.

In this game, I expect Brooklyn to have a big night scoring the ball vs. a below-average Hawks defense. Starting with Trae Young on the perimeter, Atlanta doesn’t have the defensive players to match up with James Harden and Kevin Durant. Look for Brooklyn to win this game by at least 6 points.

My favorite prop bet of the night is to take James Harden to go over his player prop total. Harden is coming off two straight +20 point games and has the physical advantage over Trae Young. The Nets point guard should find himself getting some easy looks at the basket while always remaining a threat from outside. Bet your Suns vs. Celtics pick and ALL your NBA picks for FREE this week by taking advantage of a 100% REAL CASH bonus on your first deposit of $100 to $300 at MyBookie Sportsbook! (Must use bonus code PREDICT100 when registering!)