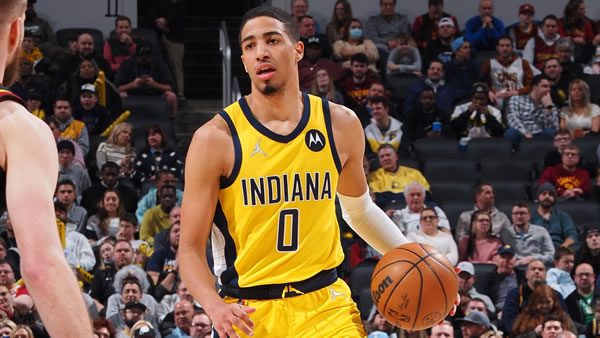 Heading into the game, Cleveland is 22-13 overall. When taking to the road, Cleveland has a mark of 6-9 and a win percentage of 40%. Currently, the team is 4th in the Eastern Conference. So far, they are 19-15-1 vs. the spread. Cleveland travels to take on the Pacers, hoping to avoid their 3rd straight loss.

In their last game, Cleveland was defeated by the Nets with a score of 125-117. Despite Darius Garland scoring 46 points, the team was unable to come out on top. Going into the game, the Cavaliers were 2 point favorites.

Indiana will be looking to build on their most recent win over the Hawks. Buddy Hield led the team to a win with his 28 points. The Pacers were 1 point underdogs on the spread, giving them an ATS win.

In the most recent game between the two teams, the Cavaliers picked up a 118-112 win over the Pacers. However, heading into the game, Cleveland was favored to win by 8.0 points, giving the Pacers and ATS victory. This has been the only matchup between the two teams this season. The Cavaliers have had the better record vs. the spread over the last five games, going 3-2. The team’s average scoring margin in these contests sits at 7 points per game. Cleveland and Indiana averaged a combined 221 points per game in these games, leading to an over-under mark of 4-1.

This season, Cleveland is averaging just 111.1 points per game, which places them 26th in the league. A major reason for these low numbers is the fact that they play at one of the slower paces in the NBA at just 96.4 possessions per game. Cleveland comes into the game ranked just 23rd in 3-point attempts per game. So far, they have connected on 36.6% of their shots from deep, which places them 20th in the NBA. Defensively, the Cavaliers have been one of the best units in the NBA, allowing just 105.67 points per game. So far, they have allowed a 3-point shooting percentage of 35.29%, placing them 16th in the NBA.

This season, the Pacers have loved to get up and down the court, as they are currently 11th in the league in possessions per game. However, this has not fully translated into the offensive success they are looking for, as Indiana is 13th in scoring at 114.4 points per game. Indiana’s offensive attack has benefited from some hot shooting from outside. Not only are they among the league leaders in 3-pointers attempted per game, but they are 12th in 3-point shooting percentage at 36.7%. The defense hasn’t been top-notch for Indiana, as they are currently allowing 114.94 points per game. The team’s 3-point shooting defense has been a problem this year. So far, opposing offenses have hit 36.78% of their looks from the outside.

Heading into the game, Tyrese Haliburton is listed as questionable on the injury report. This season, he leads the team with a per-game scoring average of 20.5. Currently, Buddy Hield is 2nd on the team in scoring, averaging 17.7 points per game.

The Cavaliers are a great team, but they are not playing that well right now. They’re also vulnerable on the road. The Pacers are a strong home team and are playing good ball. My eyes about fell out of my head when I saw the Pacers getting +5.5! I have them winning the game straight up! Question! Do you like to save money? Do you find it ridiculous to waste money? Then why are you still laying -110 odds at your bookie when you could be laying only -105 odds? It doesn’t make any sense to overpay! Make your dollars stretch farther in 2023! Bet smart by signing up for a betting account at BetAnySports!