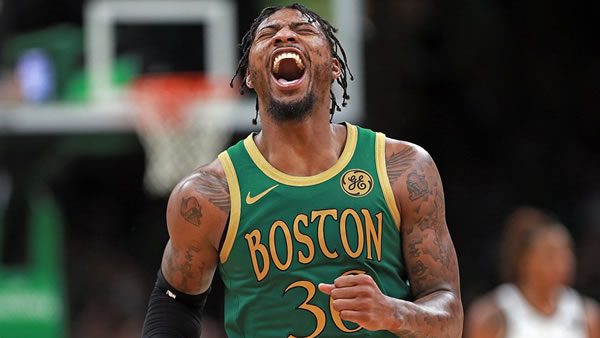 Heading into the game, Boston is 21-5 overall. When taking to the road, Boston has a mark of 10-3 and a win percentage of 77.0%. Currently, the team is 1st in the Eastern Conference. So far, they are 17-9-0 vs. the spread. In their matchup against Golden State, the Boston Celtics have won 3 straight games and will look to push that mark to 4 in a row.

In their upcoming game, Boston will be looking to capitalize on their recent win over the Suns. Jayson Tatum led the way for the Celtics with 25 points. Despite being 2 point underdogs on the spread, the Celtics were able to secure an ATS win.

Heading into the game, Golden State is 13-13 overall. When playing at home, Golden State has a mark of 11-2 and a win percentage of 85%. Currently, the team is 11th in the Western Conference. So far, they are 12-14-0 vs. the spread. The Warriors need a win in today’s matchup vs. Boston to avoid their 3rd straight loss.

In their last game, Golden State was defeated by Jazz with a score of 124-123. Despite Jordan Poole scoring 36 points, the team was unable to come out on top. Going into the game, the Warriors were 5-point favorites.

For the season, Boston has put together one of the top-scoring offenses in the NBA at 120.8 points per game. When looking at their style of play, the team is currently near the league average in pace, averaging 99.5 possessions per contest. The Celtics have been able to put together a strong offensive attack despite sitting just 1st in a 3-point shooting percentage. Overall, they are among the league leaders in attempts at 41.5 attempts per game. Defensively, the Celtics have been one of the best units in the NBA, allowing just 104.48 points per game. So far, they have done an excellent job defending the 3-point arc, allowing teams to hit just 33.86%.

Going into today’s game, Jayson Tatum is the leading scorer for the Boston team with an average of 30.5 points per game. This season, his field goal percentage is 48.0%. The team’s second top scorer is Jaylen Brown, who is averaging 26.7 points per game.

This season, Golden State is among the league leaders in scoring, averaging 117.4 points per game. So far, the Warriors are also one of the more up-tempo teams in the league, sitting at 102.3 possessions per game. Golden State’s offensive attack has benefited from some hot shooting from outside. Not only are they among the league leaders in 3-pointers attempted per game, but they are 6th in 3-point shooting percentage at 37.7%. Defensively, the Warriors have been one of the best units in the NBA, allowing just 105.46 points per game. So far, they have done an excellent job defending the 3-point arc, allowing teams to hit just 33.92%.

Coming into today’s game, Stephen Curry is the leading scorer for Golden State at 30.0 points per game. This season, Curry has a field goal percentage of 49.9%. The team’s second-leading scorer is Jordan Poole, at 17.7 points per contest.

The Celtics are playing as good of basketball as any team in the NBA has played this year. They’re catching the Warriors at a time when they’re not playing their best basketball. I like the Celtics to win by 7+ Saturday.