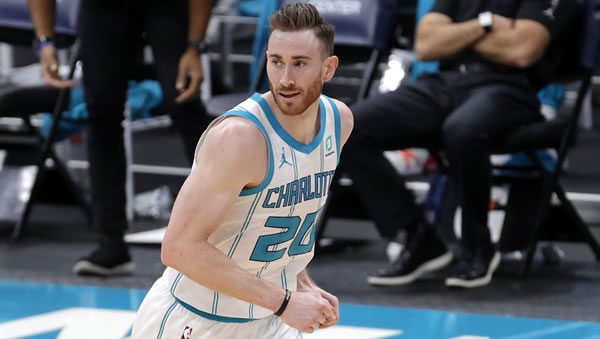 The Charlotte Hornets enter today’s game, having won 5 straight games. In their past 10 contests, the Hornets’s have played .500 basketball, going 5-5.

As the road team, the Hornets travel to Atlanta with a negative plus-minus of rating -4.2 points. Overall the Hornets are ranked 19th among NBA teams in point differential (-2.3).

Among NBA teams, they have played the 5th toughest schedule.

For bettors, taking the Charlotte Hornets to cover the spread has been a winning bet as they are covering the spread in 58.80%% of their games. Their season-long plus-minus against the spread is 1.4.

On offense, the team’s leading scorer is SF Miles Bridges. So far, Bridges is averaging 20.82 points per game. This output places him 5th in his position group.

The Hornets’ best three-point shooter has been LaMelo Ball, connecting on 2.76 shots from downtown per game. Mason Plumlee has been in charge of cleaning up the glass, hauling in 7.71 boards per game.

The Atlanta Hawks enter today’s game, having won 3 straight games.
In their past ten contests, the Hawks are playing just below a .500 rate, going 4-6. On the season, they have played the second hardest schedule among NBA teams.

As they get set to host the Hornets, Atlanta has a positive home plus-minus of 11.7 points. Overall the Hawks are ranked 16th among NBA teams in point differential (1.6). For bettors, taking the Atlanta Hawks to cover the spread has been a losing bet as they are covering the spread in 37.50% of their games.
Their season-long plus-minus against the spread is -2.1.

On offense, the team’s leading scorer is PG Trae Young. So far, Young is averaging 25.06 points per game. Young is also the team’s best three-point shooter, connecting on 2.44 shots from downtown per game.

Coming into this game, both the Hornets and Hawks are among the slowest-paced teams in the NBA. Look for this game to finish with a limited number of possessions as when each team faces other slow-paced teams; they bring the game down by five possessions below expectation. This tempo should benefit the Hornets, who in 47% of their games in this scenario, vs. the Hawks at 39%.

The Hornets defense will have to contend with a Hawks offense rated as one of the more efficient units in the league. On average, good offensive teams score 114 points per 100 possessions. When the Hornets play some of the most efficient offenses, they give up 116 points per 100 possessions. On the other end, Charlotte should find success scoring the ball as the Hawks tend to play down to the level of their competition. Even though the Hornets are not an efficient offensive group, Atlanta allows such teams to score at a rate above expectation.

This matchup between the two Eastern Conference teams will be their first meeting of the year. Last year, the Hawks and Hornets met up for three games, with Charlotte winning the series 2-1.

How the Public is Betting the Hornets vs. Hawks

62% are betting the Hawks against the spread.
54% are wagering on the game to go over the posted total of 213.5

In this game, look for Charlotte to cover the 2.5 points spread as road underdogs. The Atlanta defense has really struggled to slow down their opponents this year. On the perimeter, opposing teams take advantage of Trae Young’s lack of size and physicality. Opponents point guards can initiate the offense by attacking the basket, opening up opportunities for others. I expect Lamelo Ball to have a big game initiating the offense.

I expect the slow pace of this game to affect the scoring output of some of this game’s top scorers. With fewer opportunities than normal, look for Trae Young to finish below his player prop line. Also, I expect Lamelo Ball to play the role of distributor, making him a good candidate to surpass his assist total. Bet your NBA picks for FREE this week by taking advantage of a 100% REAL CASH bonus on your first deposit of $100 to $300 at MyBookie Sportsbook! (Must use bonus code PREDICT100).