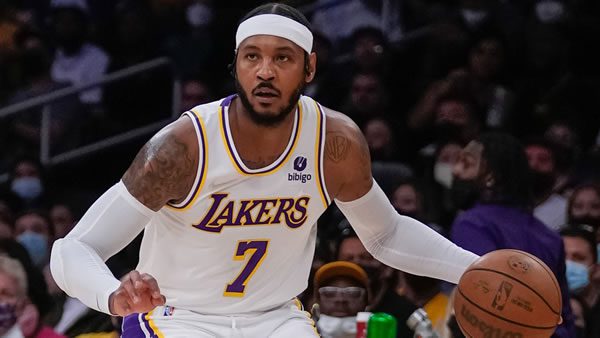 The Chicago Bulls come into this game with an overall record of 9-4. All 4 of their losses have come in the last ten games, going 6-4. Their record places them at 3rd place in the Eastern Conference.

In their last five contests, they are 3-2 against the spread, and they favored in just 2 of these games. Overall, they are 9-4 ATS, including going 2-0 against divisional opponents

Chicago is coming off a 100-90 win over the Los Angeles Clippers. In the game, Demar DeRozan went off for 35 points, seven rebounds, and five assists. The team also benefited from a strong performance from Zach Lavine, who finished with 29 points.

These performances from DeRozan and Lavine were part of their season-long efforts as the team’s two leading scorers. On the season, Demar Derozan is averaging 26 points while Zach Lavine sits right behind him at 25. Although they will be playing without the big-man, Nikola Vucevic is the team’s best rebounder, averaging 10.9 per game.

The Los Angeles Lakers come into this home contest with an 8-6. Heading into tonight’s game, they sit 3.5 games behind the top-seeded Warriors. In terms of betting, the Lakers have yet to reward bettors. On the season, they are just 5-9 against the spread. They are 3-2 ATS in their past five games, being favored in 3 of these contests.

Los Angeles is coming off a 114-106 win over the San Antonio Spurs. Anthony Davis led the team with 34 points in 40 minutes of action. Davis was also impressive on the boards, grabbing 15 rebounds. Malik Monk came off the bench to add 16 points and four assists.

In terms of possessions per game, both teams come into the contest playing near the league average in pace. When the Bulls take on teams similar to the Lakers, the games fall four possessions below expectation. Chicago goes on to win these games 42% of the time.

The Chicago defense should benefit from playing a Lakers offense ranked near the league bottom in offensive efficiency. However, when playing bad offensive teams, the Bulls give up 3 points per possession above expectation. On average, they win these games by a margin of 3 points.

So far, the strength of the Lakers has been their team defense. When playing good offensive teams, they hold their opponents slightly below the league average in points per possession. They win these contests 59% of the time.

Last season, these two teams met up for three non-conference games, with the Lakers winning two of three. Between the three games, Los Angeles outscored Chicago by a score of 353-337. The largest margin of victory came in game 3, in which LA won by 13 points.

How the Public is Betting the Celtics vs. Caveliers

60% are betting the Bulls against the spread.

With the spread favoring the Lakers by one point, I don’t see a significant betting edge. Both teams are coming off back-back games, but Anthony Davis just played 40 minutes. Historically, the Lakers have been very careful with extending Davis too far. However, instead of betting on the spread, I like this game to go under its line of 219. Look for this game to finish closer to a total of 213.

In this game, keep an eye on any news surrounding Anthony Davis. If he is expected to get a full workload, I like him to go over his point total. Without Vucevic, the Lakers big man should be able to get what he wants inside. Davis’ presence also plays a role for the props involving Chicago. Davis is a quality defender and disrupts his opponent’s ability to get to the rim. If he doesn’t play, this could be a big game for Zach Lavine, who can score with the three-point shot and inside. Question: Are you laying -110 odds when you bet your games? Are you aware that you could be wagering on games (all sports!) at -105? Do the math and when you see how many hundreds (if not thousands) of dollars you’d save, start betting at reduced odds! It’s 5 minutes that can change your betting life FOREVER!