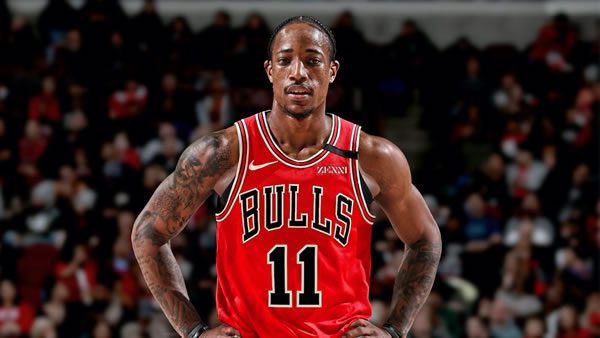 Point Spread: CHI -2.0/NYK 2.0 (Opened at CHI -2 at Bovada - Check out their live betting platform! It blows away the competition! They give you a nice 50% cash bonus too! FAST payouts! Awesome!)

The Chicago Bulls enter today’s game, having won 6 of their past ten games. When playing away from home, the Bulls are an above .500 team, having gone 7-4. As the road team, Chicago travels to New York with a positive plus-minus of rating of 4.6 points. Overall the Bulls are ranked 4th among NBA teams in point differential (-0.9). Among NBA teams, they have played the 15th toughest schedule.

For bettors, taking the Chicago Bulls to cover the spread has been a winning bet as they have covered in 63.60%% of their games. Their season-long plus-minus against the spread is 2.4.

The New York Knicks enter today’s game, having won just 4 of their past ten games. When playing at home, the Knicks are winning at a below .500 rate, having gone 5-6. As they take on the Bulls at home, New York has a plus-minus of rating -3.0 points. Overall the Knicks are ranked 17th among NBA teams in point differential (1.7). This has come while playing the 19th toughest schedule.

For bettors, taking the New York Knicks to cover the spread has been a losing bet as they are covering the spread in 47.60% of their games.
Their season-long plus-minus against the spread is -2.6.

On offense, the team’s leading scorer is PF Julius Randle. So far, Randle is averaging 19.43 points per game. Randle has also been cleaning up the glass, hauling in 10.1 rebounds per contest. The Knicks’ best three-point shooter has been Evan Fournier, connecting on 2.57 shots from downtown per game.

As the Bulls travel to New York, they enter the game as the 15th rated team in possessions per game. With their possessions, the team has preferred to work the ball inside. On the season, they are the 4th ranked team in 2 point field goal attempts. However, they only connect on these shots at a rate of 52%, 16th in the NBA. On the other side, the Knicks play at a slower tempo but are more willing to shoot the outside shot. So far, they are the 7th ranked team in three-point attempts and 6th in three-point percentage.

Much of the Chicago Bull’s success can be attributed to their improved defensive play. Coming into tonight’s game, they are the 8th rated scoring defense, giving up 104.6 points per contest. Even though they have played a significant stretch of games without Nikola Vucevic, they are only allowing opponents to shoot 49% inside the arc. This season, the New York Knicks have taken a step back on defense, as they are 16th in the league, giving up 106.4 points per game. So far, opponents have found success behind the three-point line, hitting 35% of their attempts.

This matchup between the Knicks and Bulls will already be their second meeting this season. So far, the teams have split the series. In-game one, New York pulled out the one-point win. In the second game of the series, Chicago got its revenge, pulling out the 109-103 victory.

50% are betting the Bulls against the spread.

In this game, I expect to see the Bulls pull out a road win. Even though the team is sitting one game above.500, I get the feeling they are starting to sputter. It is never a good sign when your coach decides one of your team’s major additions is not worth playing. In the team’s first game without Kemba Walker, they took the Nets to the wire but fell short in a thrilling finish. In addition, they might be without their second-leading scorer, RJ Barrett, who is questionable for this game with an illness. Look for the Bulls to find success on both ends of the court in a big win over the Knicks.

My favorite prop bet of the night is to take Zach Lavine over his player prop line. Against New York, Lavine should easily get open looks from beyond the arc and when attacking the basket. Bet your Bulls vs. Celtics pick and ALL your NBA bets for FREE this week by taking advantage of a 100% REAL CASH bonus on your first deposit of $100 to $1000 at Betnow Sportsbook!