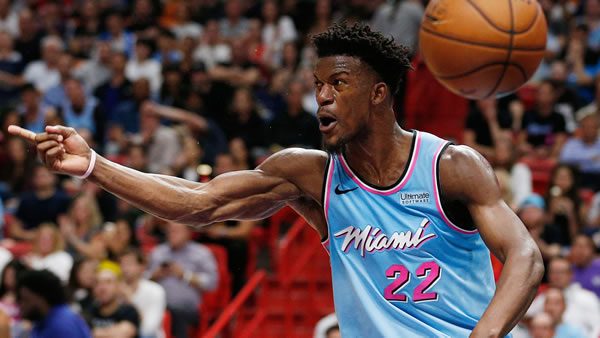 The Miami Heat host the Chicago Bulls in a Non-Conference matchup. Tip-off is set for 07:30 PM ET at the FTX Arena.

The Chicago Bulls come into this game with an overall record of 39-22, placing them 2nd in the Eastern Conference. So far, Chicago is above .500 on the road, holding a record of 15-13. Over their last five games, the Bulls have played well, picking up 4 wins. In this stretch, Chicago’s offense is scoring right in line with their season average, putting up 115.0 points per game. Combined, the Bulls’ last five opponents are giving up 111.0 points per contest. The Bulls have been picking up wins while holding opponents to an average of 110.0 points per game, similar to their season average of 110.4. In the Chicago Bulls’ most recent game, the team fell to San Antonio by a score of 116-110.

The Miami Heat come into this game with an overall record of 40-21, placing them 1st in the Eastern Conference. So far, Miami is above .500 at home, holding a record of 20-7. The Heat have played well over their last five games, picking up 4 wins. During this stretch, Miami is averaging 115.0 points per game, 6.0 points more than their season average of 109.4. This uptick in offensive play has come while playing a group of opponents who are collectively giving up 110.0 points per contest. Even though the Heat have been adding to the win column, their opponents have had no trouble scoring the ball, averaging 111.0 points per game, up from Miami’s usual rate of 104.8. In the Miami Heat’s most recent game, Miami took down San Antonio by a score of 133-129.

The Bulls come into this game as the more efficient offensive team, averaging 110.7 points per 100 possessions. When playing as the superior offensive unit, Chicago is winning at a rate of 52. These victories are coming by an average margin of 9.0 points. On the other side, the Heat hold the advantage on the defensive end of the floor. So far, they have played 24 games as the better defensive team, picking up 20 wins (83%).

Heading into today’s matchup, the Chicago Bulls and Miami Heat have met up for 2 games. In their last meeting, Miami won by a score of 118-92.

How the Public is Betting the Bulls vs Heat

82% are betting the Heat against the spread.

Tonight’s matchup between Miami and Chicago features the top-two seeds in the Eastern Conference, with the Bulls just one game behind the Heat. When looking to place a bet against the spread, I recommend taking Miami to cover at home. Throughout the season, Chicago has struggled to defend the three-point line, allowing teams to hit 36% of their looks from outside. Look for the Heat to take advantage, as they are the 3rd most efficient three-point shooting team in the NBA. Note: Be sure to check out my Raptors vs. Nets prediction!