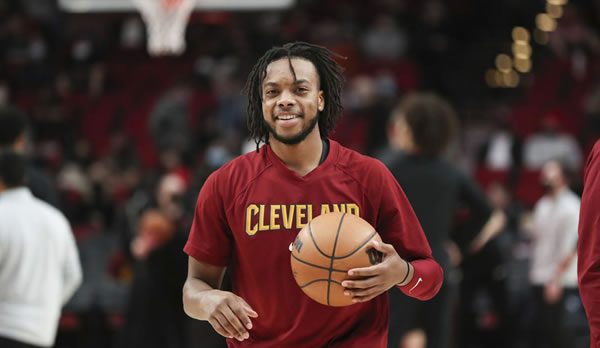 The Cleveland Cavaliers enter today’s game having won 4 of their past 10 games. When playing away from home, the Cavaliers are an above .500 team, having gone 11-9. As the road team, Cleveland travels to Sacramento with a positive plus-minus rating of 3.5 points. Overall, the Cavaliers are ranked 4th among NBA teams in point differential (-8.4). Among NBA teams, they have played the league’s most difficult schedule.

For bettors, taking the Cleveland Cavaliers to cover the spread has been a winning bet as they have covered in 68.40%% of their games. Their season-long plus-minus against the spread is 6.9.

On offense, the team’s leading scorer is PG Darius Garland. So far, Garland is averaging 19.59 points per game, placing him 9th among point guards. Behind him is Evan Mobley at 14.8 points per game while also adding 8.1 rebounds.

The Sacramento Kings enter today’s game, having lost 4 straight games. This streak is part of a larger trend of having just 3 of their last 10 contests. As they take on the Cavaliers at home, the Kings have a negative home plus-minus of -3.8 points. Overall, Sacramento is ranked 25th among NBA teams in point differential (-3.7). On the year, they have played the 18th hardest schedule.

For bettors, taking the Sacramento Kings to cover the spread has been a losing bet as they have covered in 40.50% of their games. Their season-long plus-minus against the spread is -2.5.

On offense, the team’s leading scorer is PG De’Aaron Fox. So far, Fox is averaging 20.92 points per game. Sacramento’s best three-point shooter has been Buddy Hield, connecting on 3.55 shots from downtown per game. Harrison Barnes has been in charge of cleaning up the glass, hauling in 6.19 boards per game.

Heading into this game, the Cleveland Cavaliers are the 22nd ranked team in possessions per game. So far, the team is in the middle of the pack in three-point, two-point, and free-throw attempts per game. On the other side, Sacramento comes into this contest looking to play at an up-tempo pace. So far, their 99.5 possessions per game place them 8th in the NBA. On the year, Sacramento has done a good job getting to the free-throw line, ranking 3rd with 22.2 attempts per contest.

In this game, the most significant mismatch is Cleveland’s ability to defend as they rank 2nd, giving up just 102 points per game. On the other side, the Kings are giving up 113.9 points per contest. The Cavaliers also hold a significant advantage on the boards ranking 8th in the NBA compared to Sacramento at 24.

Tonight’s game between the Cavaliers and Kings will be their second meeting of the year. Cleveland came away with a 117-103 win in the first meeting.

How the Public is betting the Cavaliers vs. Kings

60% are betting the Cavaliers against the spread.
55% are wagering on the game to go Under the posted total of 218.5

In tonight’s game, look for Cleveland to come away with a nice road win that also covers the spread. All season, the Cavaliers have been one of the most surprising teams in the league. Heading into the game, they rank 6th in the Eastern Conference, just one game behind the Sixers for the 5th seed. I expect the Cavaliers defense to frustrate Sacramento, who likes to push the pace but struggles with offensive efficiency.

My favorite prop bet of the night is to take Darius Garland to go over his over-under point total. Garland came away with just 9 points in his last game after surpassing 20 in 6 straight contests. Look for a bounce-back performance from the Cavaliers point guard.