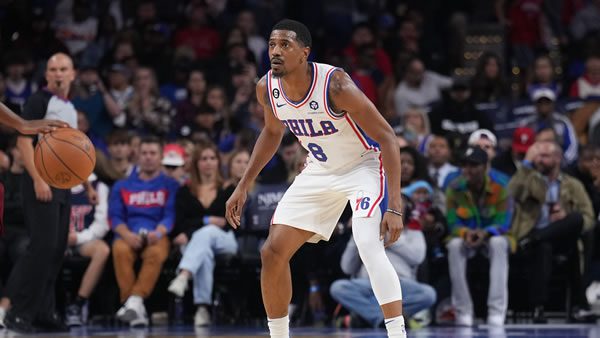 Point Spread: LAC +3.5/ PHI -3.5 (Did you know that you could be betting on games at -105 instead of -110? This is SUPER important as it lowers your breakeven percentage! Find this huge money saving offer at BetAnySports!)

Heading into the game, Los Angeles is 19-14 overall. When taking to the road, Los Angeles has a mark of 8-7 and a win percentage of 53%. Currently, the team is 5th in the Western Conference. So far, they are 17-15-1 vs. the spread. In their matchup against Philadelphia, the Los Angeles Clippers have won 2 straight games and will look to push that mark to 3 in a row.

In their last game, Los Angeles defeated the Hornets (126-105) as 9-point favorites. Paul George led the team with 22 points on 46.7% shooting. The Clippers also covered the spread with the victory.

Heading into the game, Philadelphia is 18-12 overall. When playing at home, Philadelphia has a mark of 13-5 and a win percentage of 72%. Currently, the team is 5th in the Eastern Conference. So far, they are 17-12-1 vs. the spread. Philadelphia will look to stay hot in today’s game vs. Los Angeles as they are the winners of 6 straight games.

In their preceding game, the 76ers overpowered the Pistons, earning a 113-93 win as 11-point favorites. Joel Embiid led the way for the 76ers, putting up 22 points on 37.5% shooting. The 76ers not only secured the victory but also covered the spread.

Going back to last season, the Clippers and 76ers split their season series, with each team picking up a win on the road. The average point total across the two games was 200.5 points. Last year, the Clippers saw a drop in overall scoring when playing the 76ers, averaging 99.5 points per game. While the Clippers struggled on offense in the series, the 76ers maintained their usual level of scoring at 111.5 vs. Los Angeles. Spanning across the last five head-to-head matchups, the Clippers and 76ers have been competitive, with an average margin of victory sitting at just -2 points per game. This has resulted in a 3-2 ATS record for Los Angeles. A combined average of 226 points per game was achieved in these matchups, leading to an over-under mark of 3-2.

This season, Los Angeles is averaging just 107.6 points per game, which places them 30th in the league. A major reason for these low numbers is the fact that they play at one of the slower paces in the NBA at just 97.9 possessions per game. In terms of 3-point shooting, the Clippers are ranked 14th in attempts per game. However, they have been one of the more efficient shooting teams in the league, connecting at a rate of 36.9%. Defensively, the Clippers have been one of the best units in the NBA, allowing just 108.39 points per game. So far, they have done an excellent job defending the 3-point arc, allowing teams to hit just 34.31%.

Going into today’s game, Paul George is the leading scorer for the Los Angeles team with an average of 23.4 points per game. This season, his field goal percentage is 44.9%. The team’s second top scorer is Marcus Morris Sr., who is averaging 13.5 points per game.

This season, the 76ers offense is averaging 111.2 points per game, which is 19th in the NBA. In terms of pace, Philadelphia has been playing at one of the slower tempo’s in the league, averaging just 98.2 possessions per game. Philadelphia’s 3-point shooting numbers are below the league average, as they have hit just 38.2% of their looks from deep. On average, the team gets up 33.1 3-point shots per game, placing them 16th in the NBA. Defensively, the 76ers have been one of the best units in the NBA, allowing just 107.33 points per game. So far, they have done an excellent job defending the 3-point arc, allowing teams to hit just 34.56%.

Coming into today’s game, Joel Embiid is the leading scorer for Philadelphia at 32.5 points per game. This season, Embiid has a field goal percentage of 52.4%. The team’s second-leading scorer is Tobias Harris, at 17.1 points per contest.

The Los Angeles Clippers have quietly been one of the hottest teams in the NBA, going 5-1 over their last six games. The Sixers have won six games in a row but against some pretty weak competition. I love the Clippers plus the points Friday night! Bet your sports picks for FREE this week by scoring a 100% real cash bonus up to $300 by entering promo code PREDICT100 at MyBookie Sportsbook!)