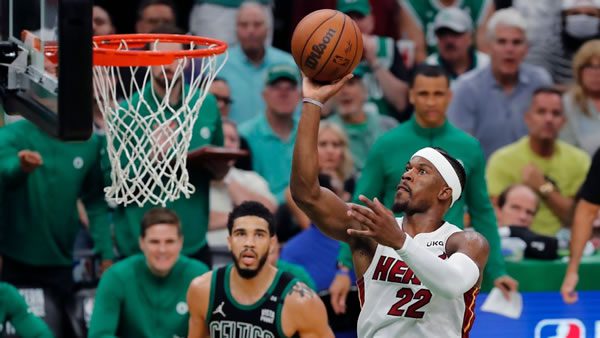 Heading into the game, Miami is 24-20 overall. When taking to the road, Miami has a mark of 10-11 and a win percentage of 48%. Currently, the team is 7th in the Eastern Conference. So far, they are 18-24-2 vs. the spread. In their matchup against Atlanta, the Miami Heat have won 3 straight games and will look to push that mark to 4 in a row.

In their previous game, the Miami team emerged victorious against the Bucks, winning by a margin of 4 points as predicted. Gabe Vincent shone for the Heat, scoring 27 points on a shooting percentage of 78.6%. The Heat not only won the game but also successfully covered the spread.

Heading into the game, Atlanta is 21-22 overall. When playing at home, Atlanta has a mark of 11-9 and a win percentage of 55%. Currently, the team is 9th in the Eastern Conference. So far, they are 17-25-1 vs. the spread. Atlanta will look to stay hot in today’s game vs. Miami as they are the winners of 2 straight games.

After their win against the Raptors, Atlanta will be looking to continue their momentum. Trae Young had a big game, scoring 29 points to help lead the team to victory. As 7-point underdogs on the spread, the Hawks were able to come home with an ATS win

In the most recent matchup between the two teams, the Heat picked up the 106-98 win over the Hawks. Heading into the game, Miami was the 4.0-point underdogs, giving them an ATS win. This has been the only matchup between the two teams this season. Across the previous five meetings between the teams, the Heat have an average scoring margin of +9 points per game, leading to an ATS mark of 3-2. A combined average of 205 points per game was achieved in these matchups, leading to an over-under mark of 0-5.

This season, Miami is averaging just 108.8 points per game, which places them 30th in the league. A major reason for these low numbers is the fact that they play at one of the slower paces in the NBA at just 97.0 possessions per game. The Heat have been able to put together a strong offensive attack despite sitting just 24th in 3-point shooting percentage. Overall, they are among the league leaders in attempts at 35.9 attempts per game. Defensively, the Heat have been one of the best units in the NBA, allowing just 105.57 points per game. So far, they have done an excellent job defending the 3-point arc, allowing teams to hit just 34.0%.

Bam Adebayo is the top scorer for the Heat, with an average of 21.5 points per game. This season, his field goal percentage is 53.8%. Tyler Herro is the team’s second-leading scorer, averaging 21.2 points per game.

This season, Atlanta is among the league leaders in scoring, averaging 114.9 points per game. So far, the Hawks are also one of the more up-tempo teams in the league, sitting at 101.6 possessions per game. Atlanta has struggled with their 3-point shot this season, as they are currently ranked just 27th in 3-point shooting percentage at 33.7%. In addition, they are near the bottom of the league in attempts, at just 30.9 attempts per contest. The defense has been a weak point for Atlanta, as they are currently allowing 112.38 points per game. The team’s 3-point shooting defense has been a problem this year. So far, opposing offenses have hit 36.43% of their looks from the outside.

Trae Young is the top scorer for Atlanta, averaging 27.5 points per game. This season, his field goal percentage is 42.3%. The team’s second-leading scorer is Dejounte Murray, with an average of 20.2 points per game.

The Heat will be missing Kyle Lowry. I’m a big believer in fading teams in the right spot when their number one point guard is out. I was planning to bet the Hawks even if Lowry was playing. So naturally, I’m happy to be betting on the Hawks at +1!