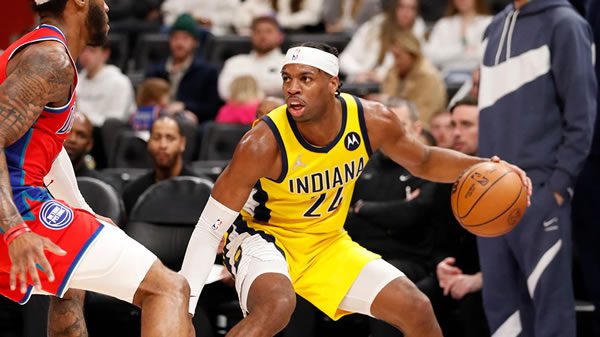 Where: Gainbridge Fieldhouse, IN, Indianapolis

Miami most recently lost to the Spurs by a score of 115-111. The team high 30 points from Jimmy Butler was not enough to come away with the win. The Heat were 12 point favorites going into the game.

In their last game, Indiana was defeated by the Nets with a score of 136-133. Despite Tyrese Haliburton scoring 35 points, the team was unable to come out on top. Going into the game, the Pacers were 8-point favorites.

In the most recent matchup between the two teams, the Pacers picked up the win 101-99 win over the Heat. Heading into the game, Indiana was the 3.0-point underdogs, giving them an ATS win. This has been the only matchup between the two teams this season. The ATS record across the previous five head-to-head meetings is 3-2 in favor of the Heat. In these matchups, Miami has averaged 104 points per game while allowing 98. In these contests, they averaged a combined 202 points per game, leading to an over-under mark of 2-3.

This season, Miami is averaging just 108.6 points per game, which places them 28th in the league. A major reason for these low numbers is the fact that they play at one of the slower paces in the NBA, at just 98.0 possessions per game. The Heat have been able to put together a strong offensive attack despite sitting just 21st in 3-point shooting percentage. Overall, they are among the league leaders in attempts at 35.2 attempts per game. Defensively, the Heat have been one of the best units in the NBA, allowing just 105.57 points per game. So far, they have done an excellent job defending the 3-point arc, allowing teams to hit just 34.0%.

Bam Adebayo is the top scorer for Miami, averaging 20.8 points per game. This season, his field goal percentage is 53.3%. The team’s second-leading scorer is Tyler Herro, with an average of 20.1 points per game.

This season, Indiana is among the league leaders in scoring, averaging 115.9 points per game. So far, the Pacers are also one of the more up-tempo teams in the league, sitting at 101.5 possessions per game. Indiana’s offensive attack has benefited from some hot shooting from outside. Not only are they among the league leaders in 3-pointers attempted per game, but they are 10th in 3-point shooting percentage at 36.9%. Defense has been a struggle for Indiana, as they are currently allowing 114.9 points per game. The team’s 3-point shooting defense has been a problem this year. So far, opposing offenses have hit 36.78% of their looks from the outside.

Tyrese Haliburton is the top scorer for the Pacers, with an average of 20.2 points per game. This season, his field goal percentage is 48.8%. Bennedict Mathurin is the team’s second-leading scorer, averaging 17.9 points per game.

The Heat have dropped three of their last four games. The Pacers play well at home. Miami is probably a better team, but they’re in a bad spot tonight vs. a Pacers team that is getting healthy and finding chemistry. For more Monday NBA picks, check out what the Predictem Pros are playing!