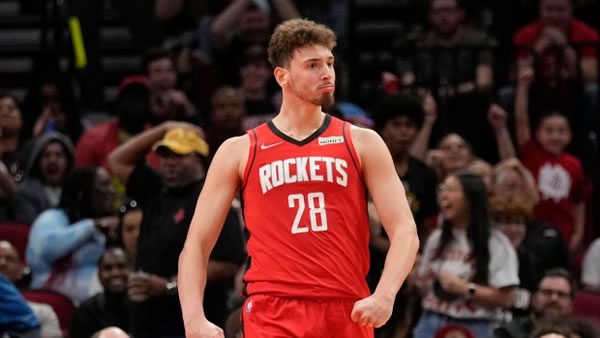 Heading into the game, Miami is 14-15 overall. When taking to the road, Miami has a mark of 5-9 and a win percentage of 36%. Currently, the team is 8th in the Eastern Conference. So far, they are 9-19-1 vs. the spread. In their matchup against Houston, the Miami Heat have won 2 straight games and will look to push that mark to 3 in a row.

The Heat from Miami triumphed in their last match against the Thunder, achieving a 110-108 victory. Tyler Herro had the most points for the Heat with 35. Despite the win, the Heat did not cover the spread as 2-point favorites.

Heading into the game, Houston is 9-18 overall. When playing at home, Houston has a mark of 6-5 and a win percentage of 55%. Currently, the team is 14th in the Western Conference. So far, they are 13-12-2 vs. the spread. Houston will look to stay hot in today’s game vs. Miami as they are the winners of 2 straight games.

In their upcoming game, Houston will be looking to capitalize on their recent win over the Suns. Jalen Green led the way for the Rockets with 26 points. Despite being 6-point underdogs on the spread, the Rockets were able to secure an ATS win.

In last year’s two head-to-head meetings, the Heat came out on top in both games. Miami won by scores of 120-110 and 123-120. In last year’s head-to-head meetings, the Heat averaged 121.5 points per game vs. Houston, which was an increase over their season-long average. While the Heat saw a boost in scoring, the Rockets averaged 108.0 points per contest in head-to-head meetings with Miami. This figure was similar to the season-long average. The Heat have had the better record vs. the spread over the last five games, going 4-1. The team’s average scoring margin in these contests sits at 10 points per game. In these matchups, the teams have put together an over-under mark of 2-3. Combined, they averaged 216 points in these games.

This year, the Milwaukee offense is not only near the NBA average in points at 112.6 points per game, but they are also playing at a pace similar to the league average. So far, the Bucks are ranked 18th in possessions per contest. The three-point shot has been a big part of Milwaukee’s offensive game plan, as they are ranked 7th in 3-point attempts per game. So far, they have connected on 35.2% of their looks from the outside. On defense, the Bucks allow an average of 112.13 points per game, placing them 19th in the league. So far, opposing teams are hitting 35.73% of their looks from deep vs. Milwaukee.

Heading into today’s game, Milwaukee will be needing a strong offensive effort from Giannis Antetokounmpo and the team’s supporting cast as Jrue Holiday won’t be available vs. Memphis. So far, Holiday is averaging 19.1 points per game. Antetokounmpo leads the Bucks at 31.1 points per contest.

This season, Memphis is among the league leaders in scoring, averaging 115.5 points per game. So far, the Grizzlies are also one of the more up-tempo teams in the league, sitting at 100.7 possessions per game. When looking at the team’s 3-point shooting numbers, they profile as an average team in both percentage and attempts. For the season, the Grizzlies’ offense is ranked 13th in 3-point attempts per game while connecting at a rate of 36.0%. Defensively, the Grizzlies have been one of the best units in the NBA, allowing just 109.93 points per game. So far, they have done an excellent job defending the 3-point arc, allowing teams to hit just 34.88%.

At time of print, the spread is Memphis -1.5 Oddly enough, as close as this game seems, the final score margin has been no less than 12 over the past three matchups. The home team has won two of those three games. With Jrue Holiday expected to miss this game, my lean is toward the Memphis Grizzlies.