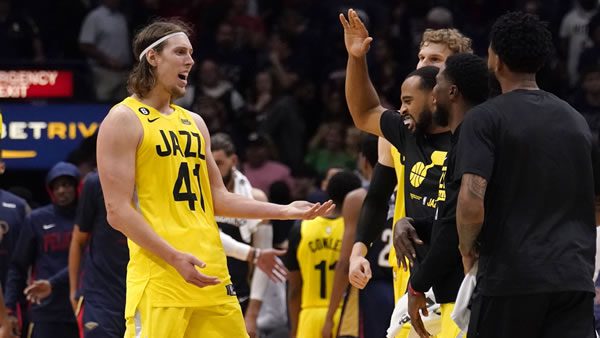 Heading into the game, Utah is 19-21 overall. When taking to the road, Utah has a mark of 7-14 and a win percentage of 33%. Currently, the team is 10th in the Western Conference. So far, they are 20-18-2 vs. the spread. Utah travels to take on the Rockets, hoping to avoid their 6th straight loss.

In their most recent matchup, the Kings defeated Utah with a score of 117-115. Lauri Markkanen scored the most points for the team with 28, but it was not enough to earn the win.

Heading into the game, Houston is 10-28 overall. When playing at home, Houston has a mark of 6-12 and a win percentage of 33%. Currently, the team is 15th in the Western Conference. So far, they are 16-20-2 vs. the spread. The Rockets need a win in today’s matchup vs. Utah to avoid their 6th straight loss.

In their most recent matchup, the Pelicans defeated Houston with a score of 119-108. Jalen Green scored the most points for the team with 16, but it was not enough to earn the win. The Rockets were 7 points favorites going into the game.

In the most recent matchup between the two teams, the Rockets picked up the win 114-108 win over the Jazz. Heading into the game, Houston was the 2.5-point underdogs, giving them an ATS win. So far, the two teams have split their season series, with each team at 1-1. In terms of betting vs. the spread, the Rockets have gone 3-1-1, but the Jazz actually have a positive scoring differential. In these meetings, Utah has averaged 119 points per contest while allowing 111. A combined average of 230 points per game was achieved in these matchups, leading to an over-under mark of 2-3.

For the season, Utah has put together one of the top-scoring offenses in the NBA at 117.2 points per game. When looking at their style of play, the team is currently near the league average in pace, averaging 100.3 possessions per contest. The three-point shot has been a big part of Utah’s offensive game plan, as they are ranked 4th in 3-point attempts per game. So far, they have connected on 36.5% of their looks from outside. Defensively, the Jazz has been one of the best units in the NBA, allowing just 107.57 points per game. So far, they have allowed a 3-point shooting percentage of 35.09%, placing them 15th in the NBA.

Coming into today’s game, Lauri Markkanen is the leading scorer for Utah at 23.9 points per game. This season, Markkanen has a field goal percentage of 52.8%. The team’s second-leading scorer is Jordan Clarkson at 20.6 points per contest.

Coming into the game, Houston’s offense is ranked just 29th in scoring at 109.3 points per game. This has come while being the 18th-ranked unit in pace. So far, the Rockets are averaging 98.9 possessions per contest. The Rockets have been able to put together a strong offensive attack despite sitting just 28th in 3-point shooting percentage. Overall, they are among the league leaders in attempts at 35.0 attempts per game. The defense has not been a strong point for Houston, as they are currently allowing 118.2 points per game. In terms of their 3-point defense, opposing teams have hit 35% of their looks from deep, placing the Rockets 14th in the NBA.

Jalen Green is the top scorer for Houston, averaging 21.3 points per game. This season, his field goal percentage is 41.2%. The team’s second-leading scorer is Kevin Porter Jr., with an average of 19.3 points per game.

At present, the Rockets are an inconsistent team with no leadership or direction. I don’t lay -5.5 on the road often, but I will in this spot as Utah’s arrow is pointing up, and Houston’s is pointing down.