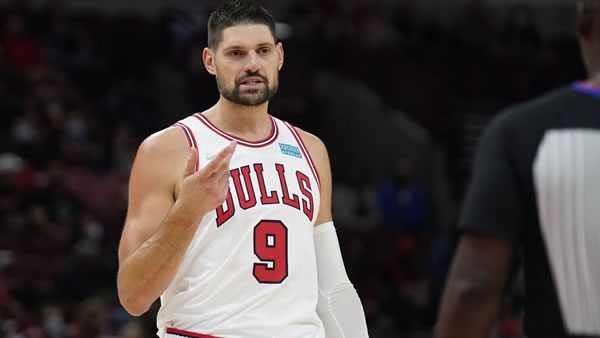 Heading into the game, New York is 14-13 overall. When taking to the road, New York has a mark of 7-6 and a win percentage of 54%. Currently, the team is 6th in the Eastern Conference. So far, they are 13-13-1 vs. the spread. In their matchup against Chicago, the New York Knicks have won 4 straight games and will look to push that mark to 5 in a row.

The Knicks came away with a win in their last matchup against the Kings, achieving a 112-99 victory as 2-point favorites. RJ Barrett led the Knicks with an impressive performance, scoring 27 points on a shooting percentage of 42.9%. In addition to the win, the Knicks also covered the spread.

In their last game, Chicago was defeated by the Hawks with a score of 123-122. Despite DeMar DeRozan scoring 34 points, the team was unable to come out on top. Going into the game, the Bulls were 3-point favorites.

This year, the New York offense is not only near the NBA average in points at 113.8 points per game, but they are also playing at a pace similar to the league average. So far, the Knicks are ranked 14th in possessions per contest. The Knicks have been able to put together a strong offensive attack despite sitting just 30th in a 3-point shooting percentage. Overall, they are among the league leaders in attempts at 34.1 attempts per game. Defensively, the Knicks have been one of the best units in the NBA, allowing just 106.6 points per game. So far, they have done an excellent job defending the 3-point arc, allowing teams to hit just 34.2%.

Heading into this matchup, New York is in jeopardy of not having Jalen Brunson in the lineup as he is questionable. This season, he is the team’s second-leading scorer at 20.1 points per game. So far, Julius Randle leads the team in scoring and averages 22.3 points per contest.

This season, the Bulls have loved to get up and down the court, as they are currently 8th in the league in possessions per game. However, this has not fully translated into the offensive success they are looking for, as Chicago is 14th in scoring at 113.3 points per game. Chicago heads into the game as one of the top 3-point shooting teams in terms of percentage. So far, they have hit 36.2% of their looks from deep. However, they are currently ranked just 30th in 3-point attempts per contest. On defense, the Bulls are allowing an average of 112.0 points per game, placing them 17th in the league. So far, teams have shot 36.4% on their looks from outside vs. Chicago. This figure places them 23rd in 3-point shooting defense.

DeMar DeRozan is the top scorer for the Bulls, with an average of 26.0 points per game. This season, his field goal percentage is 50.7%. Zach LaVine is the team’s second-leading scorer, averaging 21.8 points per game.

More Picks: Get our Washington at Denver betting analysis and projected spread winner 12/14/22 >>>

Being hot and winning convincingly is the number when variable when it comes to handicapping NBA games. The Knicks are in the midst of a white hot streak and getting points on a nationally televised ESPN game where the favorite has an inflated point spread? Sign me up! I’m betting the Knicks at +4! Want more NBA picks? See what the Predictem Pros are betting!