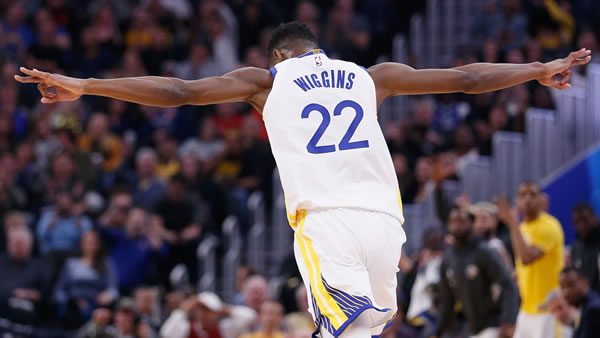 This year, the Lakers will look to improve on last year’s mark of just 33-49 which placed them
11th in the Western Conference On the road, the Lakers were a below .500 unit, going just 12-29.
Going back to last season, the Lakers did not play well vs teams within their conference, going
18-34.

Going back to last season, the Warriors took the season series 3-1. This mark came while
posting a mark of 2-0 as the host team. Similar to their season-long average, the Lakers averaged
116.25 points per game vs the Warriors. On the other side, Golden State saw an improvement in
their scoring numbers when playing the Lakers, as they averaged 120.5 points per game in these
matchups. The ATS record across the previous 5 head-to-head meetings is 3-2 in favor of the
Warriors. In these matchups, Golden State has averaged 116 points per game, while allowing 114,
leading to an over-under mark of 4-1.

Last season, the Lakers were one of the top scoring teams in the NBA, averaging 112.1 points
per game, placing them 11th in the league. In today’s game, they are facing off against a Golden
State defense that ranked 3rd in fewest points allowed per game. Last season, Los Angeles went
just 11-23 vs strong defensive units.

This season, the Lakers will once again look for a big season from LeBron James, as he is
coming off a year in which he averaged 30.27 points per game. In addition to his scoring, James
grabbed an average of 8.2 rebounds, which was 2nd on the team. In today’s game, he could be
primed for a good offensive showing, as Golden State struggled to defend small forward’s in the
2021-2022 season.

bThis year, the Warriors will look to take a jump in offensive production, as they finished the
2021-2022 season ranked 15th in points per game (111.0). In today’s game, Golden State is facing
off against a Los Angeles defense that finished near the league average in points allowed per
game. Last year, the Warriors had a record of 22-8 vs teams in the bottom third of the league in
points allowed.

Golden State will be turning to Curry to once again carry the scoring load, as last year he
averaged 25.47 points per game for the team. In addition to his scoring, Curry pulled down 5.23
boards per game for the Warriors. In today’s game, he could be primed for a good offensive
showing, as Los Angeles struggled to defend point-guards in the 2021-2022 season.

More Picks: Get Joe’s Lakers at Warriors betting analysis and free pick for 10/18/22′

Heading into the season, the Los Angeles Lakers already have a lengthy injury report. Even
though Lebron James, Anthony Davis, and Russell Westbrook are all expected to play, they each
appear to be nursing nagging injuries. On the other side, the Warriors are 6.5-point favorites as
they kick off their title defense. Look for Golden State to not only pick up the win but also
cover the spread.