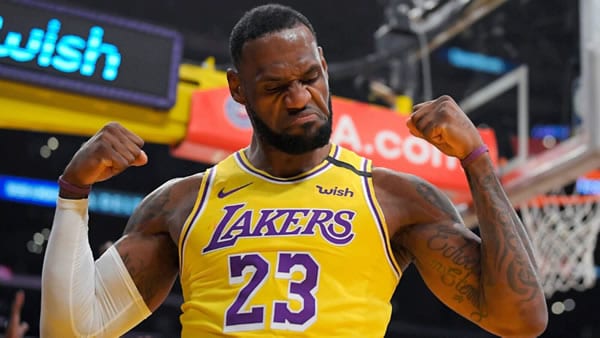 The Washington Wizards host the Los Angeles Lakers in a Non-Conference matchup. Tip-off is set for 08:00 PM ET at the Capital One Arena.

The Los Angeles Lakers come into this game with an overall record of 30-40, placing them 9th in the Western Conference. Throughout the season, Los Angeles has struggled in their 33 road contests, sitting at 10-23. Over the Lakers’ last five games, they have picked up just 2 wins. In this stretch, Los Angeles’s offense is scoring right in line with their season average, putting up 114.0 points per game. Combined, the Lakers’ last five opponents are giving up 109.0 points per contest. A key reason for Los Angeles’ recent struggles is a defensive unit giving up 122.0 points over their previous five contests. This figure is up from their season average of 113.8. In the Los Angeles Lakers’ most recent game, Los Angeles took down Toronto by a score of 128-123

The Washington Wizards come into this game with an overall record of 29-40, placing them 12nd in the Eastern Conference. Throughout the season, Washington has struggled in their 35 home contests, sitting at 17-18. Over the Wizards’ last five games, they are 0-5. In this stretch, Washington’s offense is scoring right in line with their season average, putting up 109.0 points per game. Combined, the Wizards’ last five opponents are giving up 110.0 points per contest. A key reason for the Wizards’ recent struggles is a defensive unit giving up 120.0 points over their last five contests. This figure is up from their season average of 111.4. In the Washington Wizards’ most recent game, the team fell to New York by a score of 100-97.

As Los Angeles travels to take on the Washington Wizards, the Lakers’ leading scorer is LeBron James. Through 55 games, James is averaging 29 points. On the season, he has surpassed his season average in 53.0% of his games. Against the Wizards, James will need to be on top of his game as Washington is allowing their opponent’s top scorer to surpass their average in 38.0% of their games, placing them in the top 10. On the other side, newcomer Kristaps Porzingis has played well in his 6 games with the team, averaging 19.5 points per game. But, if he is going to have a big scoring night, he will need to do so against a Lakers defense that has been tough on their opponent’s top scorers. So far, leading scores have surpassed their season average at a rate of just 42.11%. This figure is good for a rank of 6th in the league.

The Wizards come into this game as the more efficient offensive team, averaging 107.4 points per 100 possessions. When playing as the superior offensive unit, Washington is winning at a rate of 50%. These wins are coming by an average margin of 6.0 points. On the other side, the Lakers hold the advantage on the defensive end of the floor. So far, they have played 17 games as the better defensive team, picking up 8 wins.

Heading into today’s matchup, the Los Angeles Lakers and Washington Wizards have met up for 1 game. LA Lakers took game one by a score of 122-109.

How the Public is Betting the Lakers vs Wizards

67% are betting the Wizards against the spread.
52% are wagering on the game to go over the posted total of 230.5

Heading into this game, the Washington Wizards enter as 1.5 point favorites at home. Look for the Wizards to pick up the win and cover the spread vs Lebron James and the LA Lakers. On offense, Washington is one of the NBA’s top units at scoring in the paint. They will look to continue this trend vs a Lakers team ranked 28th in interior defense. In addition, Los Angeles struggles with playing defense without fouling. Another factor working against the Lakers is the fact that they are playing on back-to-back nights, after picking up an overtime win over Toronto. I see Washington pulling this game out and covering the spread.