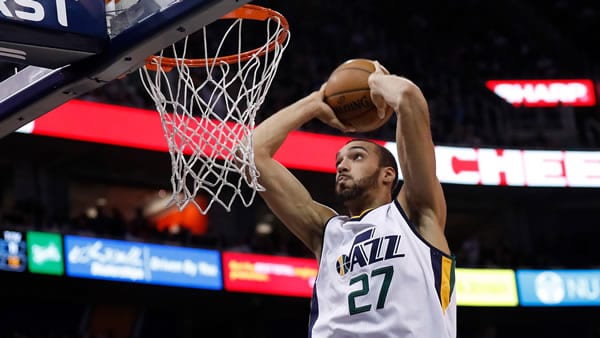 The Utah Jazz host the Dallas Mavericks in a Non-Conference matchup. Tip-off is set for 09:00 PM ET at the Vivint Smart Home Arena.

The Dallas Mavericks come into this game with an overall record of 52-30, placing them 4th in the Western Conference. So far, Dallas is above .500 on the road, holding a record of 23-18. Over their last five games, the Mavericks have played well, picking up 4 wins. During this stretch, Dallas is averaging 118.0 points per game, 10.0 points more than their season average of 107.9. This uptick in offensive play has come while playing a group of opponents who are collectively giving up 111.0 points per contest. The Mavericks have been picking up wins, while holding opponents to an average of 103.0 points per game, similar to their season average of 104.6. In the Dallas Mavericks’ most recent game, Dallas took down Utah by a score of 110-104

The Utah Jazz come into this game with an overall record of 49-33, placing them 5th in the Western Conference. So far, Utah is above .500 at home, holding a record of 29-12. The Jazz have played well over their last five games, picking up 3 wins. In this stretch, Utah’s offense is scoring right in line with their season average, putting up 111.0 points per game. Combined, the Jazz last five opponents are giving up 109.0 points per contest. The Jazz come into this game also playing well defensively, holding their opponents to just 99.0 points per game. An improvement on their season average of 107.4. In the Utah Jazz’ most recent game, the team fell to Dallas by a score of 110-104.

The Jazz come into this game as the more efficient offensive team, averaging 113 points per 100 possessions. When playing as the superior offensive unit, Utah is winning at a rate of 71%. These wins are coming by an average margin of 17.0 points. On the other side, the Mavericks hold the advantage on the defensive end of the floor. So far, they have played 33 games as the better defensive team, picking up 18 wins.

Heading into today’s matchup, the Dallas Mavericks and Utah Jazz have met up for 6 games. In their last meeting, Dallas picked up a 110-104 win.

67% are betting the Jazz against the spread.
52% are wagering on the game to go over the posted total of OFF

The big storyline coming into game 3, is the health status of Mavericks star Luka Doncic. After suffering a calf injury in the final game of the regular season, Doncic was unable to play in the first 2 games of the series. Given his importance to the team, Dallas has to feel good about splitting the first 2 games of the series. In addition, Doncic appears to be getting close to a comeback and may make his return to the lineup in tonight’s game. But, even with this optimism, the Jazz come into this matchup as the 7 point favorites. Although Utah dropped game 2, they still managed to both outscore Dallas in the paint and dominate the rebounding battle. These advantages come as no surprise as Utah was the 3rd rated rebounding team in the league and scored the 8th most points in the paint during the regular season. Even if Luka Doncic makes his return in game 3, look for the Jazz to pick up the win and cover the spread. Bet your Mavericks/Jazz prediction and ALL your NBA bets for free this week by taking advantage of a 100% real cash bonus on your first deposit up to $500 at Betnow Sportsbook! (Must use bonus code PREDICTEM when signing up.)