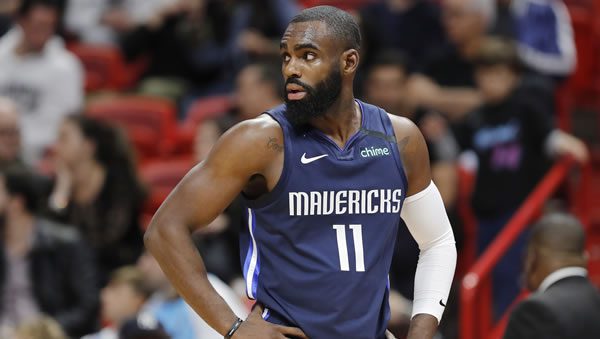 Heading into the game, Dallas is 21-16 overall. When taking to the road, Dallas has a mark of 6-11 and a win percentage of 35%. Currently, the team is 4th in the Western Conference. So far, they are 13-22-2 vs. the spread. In their matchup against Houston, the Dallas Mavericks have won 6 straight games and will look to push that mark to 7 in a row.

Most recently, the Mavericks took down the Spurs by a score of 126-125. Luka Doncic finished with 51 points, which was most on the team. Dallas did not cover the spread as 7-point favorites.

Heading into the game, Houston is 10-26 overall. When playing at home, Houston has a mark of 6-11 and a win percentage of 35%. Currently, the team is 15th in the Western Conference. So far, they are 15-19-2 vs. the spread. The Rockets need a win in today’s matchup vs. Dallas to avoid their 4th straight loss.

In their last outing, Houston was unable to come home with a win against the Knicks, losing by a score of 108-88. Kevin Porter Jr. led the team with 23 points, but it was not enough to overcome their status as 3-point underdogs. The Rockets also ended up with an ATS loss in the game.

In the most recent matchup between the two teams, the Rockets picked up the win 101-92 win over the Mavericks. Heading into the game, Houston was the 6.5-point underdogs, giving them an ATS win. So far this season, the Mavericks have a record of 2-1 vs. the Rockets. Across the previous five meetings between the teams, the Mavericks have an average scoring margin of +9 points per game, leading to an ATS mark of 3-2. A combined average of 213 points per game was achieved in these matchups, leading to an over-under mark of 1-4.

This season, the Mavericks’ offense averages 112.6 points per game, which is 17th in the NBA. In terms of pace, Dallas has been playing at one of the slower tempo’s in the league, averaging just 96.5 possessions per game. The three-point shot has been a big part of Dallas’ offensive game plan, as they are ranked 3rd in 3-point attempts per game. So far, they have connected on 36.1% of their looks from the outside. Defensively, the Mavericks have been one of the best units in the NBA, allowing just 104.72 points per game. So far, they have done an excellent job defending the 3-point arc, allowing teams to hit just 33.98%.

Going into today’s game, Luka Doncic is the leading scorer for the Dallas team with an average of 34.2 points per game. This season, his field goal percentage is 51.1%. The team’s second top scorer is Christian Wood, who is averaging 17.7 points per game.

Coming into the game, Houston’s offense is ranked just 29th in scoring at 109.4 points per game. This has come while being the 17th-ranked unit in pace. So far, the Rockets are averaging 99.0 possessions per contest. The Rockets have been able to put together a strong offensive attack despite sitting just 28th in 3-point shooting percentage. Overall, they are among the league leaders in attempts at 35.1 attempts per game. The defense has been a struggle for Houston, as they are currently allowing 118.2 points per game. In terms of their 3-point defense, opposing teams have hit 35.03% of their looks from deep, placing the Rockets 14th in the NBA.

Jalen Green is the top scorer for the Rockets, with an average of 21.5 points per game. This season, his field goal percentage is 41.7%. Kevin Porter Jr. is the team’s second-leading scorer, averaging 19.4 points per game.

The Rockets are playing really poorly right now, which is GREAT for us, because oddsmakers have slapped an overinflated spread on Houston, who is likely to bring everything they have in an intrastate rivalry game. There’s not much more beautiful than NBA athletes giving their best effort in a game! I’m betting the Rockets +7.5!