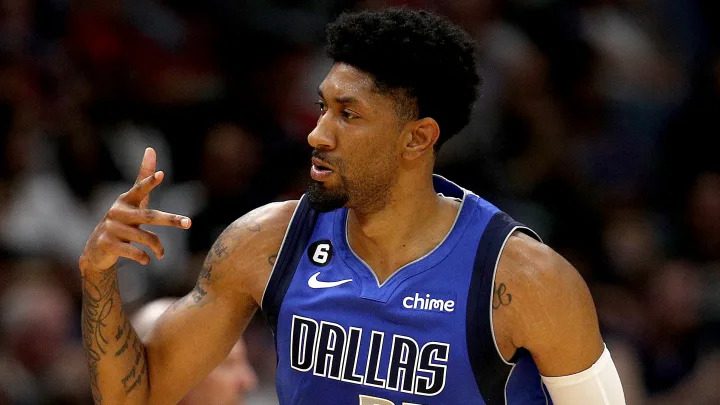 Heading into the game, Dallas is 20-16 overall. When taking to the road, Dallas has a mark of 5-11 and a win percentage of 31%. Currently, the team is 6th in the Western Conference. So far, they are 13-21-2 vs. the spread. In their matchup against San Antonio, the Dallas Mavericks have won 5 straight games and will look to push that mark to 6 in a row.

The Mavericks came away with a win in their last matchup against the Rockets, achieving a 129-114 victory as 10-point favorites. Luka Doncic led the Mavericks with an impressive performance, scoring 35 points on a shooting percentage of 52.4%. In addition to the win, the Mavericks also covered the spread.

In their upcoming game, San Antonio will be looking to capitalize on their recent win over the Knicks. Keldon Johnson led the way for the Spurs with 30 points. Despite being 4-point underdogs on the spread, the Spurs were able to secure an ATS win.

Last season, the Mavericks did a good job on the road in their meetings vs. the Spurs, going 2-0. This led to an overall series record of 4-0. In last year’s head-to-head meetings, the Mavericks averaged 116.5 points per game vs. San Antonio, which was an increase over their season-long average. While the Mavericks saw a boost in scoring, the Spurs averaged 109.0 points per contest in a head-to-head meeting vs. Dallas. This figure was similar to their season-long average. When looking at how these teams have performed vs. the spread in recent matchups, the Spurs have an ATS mark of 4-1. Yet, the Mavericks have averaged more points per game in these contests, at 116, compared to San Antonio at 116. Over the course of these games, they averaged 227 points per game, leading a 3-1-1 over-under record.

This season, the Mavericks’ offense averages 112.2 points per game, which is 19th in the NBA. In terms of pace, Dallas has been playing at one of the slower tempo’s in the league, averaging just 96.6 possessions per game. The three-point shot has been a big part of Dallas’ offensive game plan, as they are ranked 3rd in 3-point attempts per game. So far, they have connected on 36.0% of their looks from the outside. Defensively, the Mavericks have been one of the best units in the NBA, allowing just 104.72 points per game. So far, they have done an excellent job defending the 3-point arc, allowing teams to hit just 33.98%.

Luka Doncic is the top scorer for the Mavericks, with an average of 33.7 points per game. This season, his field goal percentage is 50.7%. Christian Wood is the team’s second-leading scorer, averaging 17.5 points per game.

For the season, San Antonio is averaging just 111.5 points per game, which is 23rd in the league. This below-average production has come despite being one of the faster-paced teams in the NBA (9th). When looking at the team’s 3-point shooting numbers, they profile as an average team in both percentage and attempts. For the season, the Spurs’ offense is ranked 19th in 3-point attempts per game while connecting at a rate of 34.6%. The defense has been poor for San Antonio, as they are currently allowing 113.04 points per game. In terms of their 3-point defense, opposing teams have hit 35.84% of their looks from deep, placing the Spurs 20th in the NBA.

Heading into today’s game, San Antonio will need a strong offensive effort from Keldon Johnson and the team’s supporting cast as Devin Vassell won’t be available vs. Dallas. So far, Vassell is averaging 19.6 points per game. Johnson leads the Spurs at 21.2 points per contest.

The Mavs have some nice pieces but have been vulnerable on the road. I think they win straight up, but the Spurs keep within the +7.5. Bet your basketball picks for FREE this week by scoring a 100% real cash bonus on your first deposit of $100 to $300 when you use bonus promo code PREDICT100 at MyBookie Sportsbook!