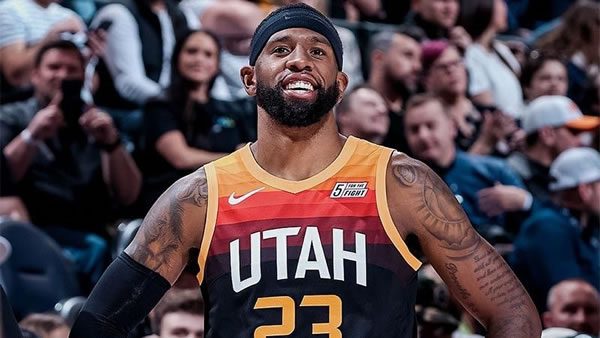 The San Antonio Spurs host the Utah Jazz in a Non-Conference matchup. Tip-off is set for 08:30 PM ET at the AT&T Center.

The Utah Jazz come into this game with an overall record of 41-24, placing them 4th in the Western Conference. So far, Utah is above .500 on the road, holding a record of 18-14. Over their last five games, the Jazz have played well, picking up 3 wins. In this stretch, Utah’s offense is scoring right in line with their season average, putting up 113.0 points per game. Combined, the Jazz’s last five opponents are giving up 111.0 points per contest. The Jazz have been picking up wins while holding opponents to an average of 110.0 points per game, similar to their season average of 107.3. In the Utah Jazz’ most recent game, Utah took down Portland by a score of 123-85.

The San Antonio Spurs come into this game with an overall record of 25-41, placing them 12nd in the Western Conference. Throughout the season, San Antonio has struggled in their 32 home contests, sitting at 12-20. Over the Spurs’ last five games, they have picked up just 1 win. In this stretch, San Antonio’s offense is scoring right in line with their season average, putting up 111.0 points per game. Combined, the Spurs’ last five opponents are giving up 112.0 points per contest. A key reason for the Spurs’ recent struggles is a defensive unit giving up 117.0 points over their last five contests. This figure is up from their season average of 113.0. In the San Antonio Spurs’ most recent game, the team fell to Toronto by a score of 119-104.

Heading into this matchup, the Utah Jazz are the more efficient team on both ends of the court. This scenario has taken place in 22 of Utah’s 34 games, leading to a winning percentage of 64%. So far, the San Antonio Spurs have played 44 games as the inferior offensive and defensive unit. In these instances, they have lost 44 times, by an average margin of -11.0 points.

Heading into today’s matchup, the Utah Jazz and San Antonio Spurs have met up for 2 games. In their last meeting, Utah picked up a 110-104 win.

How the Public is Betting the Jazz vs Spurs

Heading into this game, the Utah Jazz are 2.5 point road favorites. Given that the Jazz have won 7 of their last 10 games, they have moved into the 4th seed in the Western Conference. On the other side, San Antonio is looking to work their way into the play-in tournament, as they are just 2 games out. Even though the Jazz have a below .500 record vs the spread, I like their chances to cover vs the Spurs. One of the biggest matchup discrepancies to keep an eye on is Utah’s ability to get to the free-throw line, an area that the Spurs are the worst-rated team in the NBA. Note: It’s tough to beat NBA betting. You need all the help you can get. Sportsbook bonuses, reload bonuses, special offers and reduced juice. Most don’t know that reduced juice is the most valuable thing you can get in sports betting. It allows you to bet on games at -105 odds instead of -110. This adds up to HUGE savings! Start saving BIG bucks TODAY by making the switch to BetAnySports Sportsbook! Make sure to choose the reduced juice option instead of the signup bonus as you only get to select one. You’ll be so glad you did!