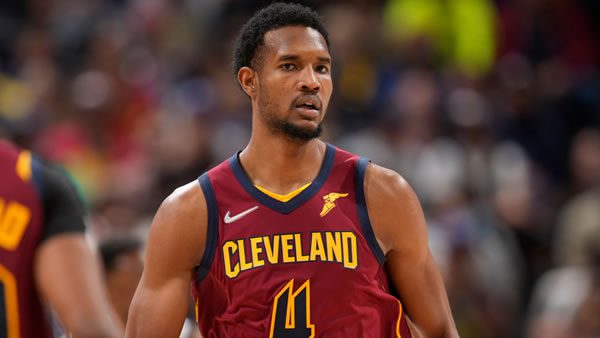 Heading into the game, Brooklyn is 21-12 overall. When taking to the road, Brooklyn has a mark of 9-7 and a win percentage of 56%. Currently, the team is 4th in the Eastern Conference. So far, they are 16-16-1 vs. the spread. In their matchup against Cleveland, the Brooklyn Nets have won 8 straight games and will look to push that mark to 9 in a row.

The Nets came away with a win in their last matchup against the Bucks, achieving a 118-100 victory as 2-point favorites. Kevin Durant led the Nets with an impressive performance, scoring 24 points on a shooting percentage of 52.9%. In addition to the win, the Nets also covered the spread.

In their last game, Cleveland was defeated by the Raptors with a score of 118-107. Despite Darius Garland scoring 17 points, the team was unable to come out on top. Going into the game, the Cavaliers were 4-point favorites.

This season, the Nets’ offense is averaging 114.1 points per game, which is 15th in the NBA. In terms of pace, Brooklyn has been playing at one of the slower tempo’s in the league, averaging just 98.1 possessions per game. Brooklyn has struggled with their 3-point shot this season, as they are currently ranked just 4th in 3-point shooting percentage at 38.4%. In addition, they are near the bottom of the league in attempts, at just 31.2 attempts per contest. On defense, the Nets are allowing an average of 112.12 points per game, placing them 18th in the league. So far, they have done a good job defending the 3-point arc, as teams are hitting just 34.46% of their looks from deep.

Kevin Durant is the top scorer for the Nets, with an average of 29.9 points per game. This season, his field goal percentage is 56.3%. Kyrie Irving is the team’s second-leading scorer, averaging 25.8 points per game.

This season, Cleveland is averaging just 110.9 points per game, which places them 24th in the league. A major reason for these low numbers is the fact that they play at one of the slower paces in the NBA at just 96.5 possessions per game. Cleveland heads into the game as one of the top 3-point shooting teams in terms of percentage. So far, they have hit 36.7% of their looks from deep. However, they are currently ranked just 23rd in 3-point attempts per contest. Defensively, the Cavaliers have been one of the best units in the NBA, allowing just 105.67 points per game. So far, they have allowed a 3-point shooting percentage of 35.29%, placing them 16th in the NBA.

The Cavs are 12-2 in their last fourteen home games, and many of those games are by margins of a lot more than -2. They match up extremely well with the Nets, and I maintain they hold the best home-court advantage in the NBA. I’m laying the points with the Cavs! Bet your hoops predictions for FREE this week by scoring a massive 100% real cash bonus up to $300 when you use promo code PREDICT100 at MyBookie Sportsbook!