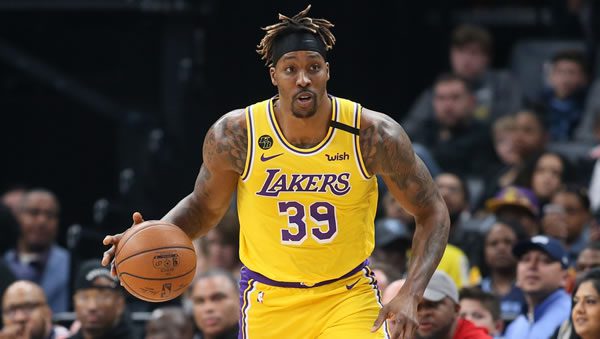 Point Spread: NOP +2/LAL -2(Opened at LAL -3 at Bovada - Check out their AWESOME live wagering platform! It blows away the competition!)

The Los Angeles Lakers host the New Orleans Pelicans in a Non-Conference matchup. Tip-off is set for 10:00 PM ET at the Staples Center.

The New Orleans Pelicans come into this game with an overall record of 24-36, placing them 11th in the Western Conference. Throughout the season, New Orleans has struggled in their 30 road contests, sitting at 11-19. Over the Pelicans’ last five games, they have picked up just 2 wins. During this stretch, New Orleans is averaging 116.0 points per game, nearly 10.0 points more than their season average of 106.5. This uptick in offensive play has come while playing a group of opponents who are collectively giving up 108.0 points per contest. In this recent cold stretch, the Pelicans are allowing an average of 112.0 points per game, similar to their usual rate of 109.4. In the New Orleans Pelicans’ most recent game, New Orleans took down Phoenix by a score of 117-102

The Los Angeles Lakers come into this game with an overall record of 27-32, placing them 9th in the Western Conference. So far, Los Angeles is above .500 at home, holding a record of 18-14. Over the Lakers’ last five games, they have picked up just one win. In this stretch, Los Angeles’s offense is scoring right in line with their season average, putting up 109.0 points per game. Combined, the Lakers’ last five opponents are giving up 108.0 points per contest. In this recent cold stretch, the Lakers are allowing an average of 112.0 points per game, similar to their usual rate of 112.3. In the Los Angeles Lakers’ most recent game, the team fell to the LA Clippers by a score of 105-102.

As New Orleans travels to take on the Los Angeles Lakers, the Pelicans’ leading scorer is CJ McCollum. Through 6 games, McCollum is averaging 29 points. On the season, he has surpassed his season average in 67.0% of his games. As McCollum gets set to take on the Lakers, he could be in line for a big game as Los Angeles is allowing their opponent’s top scorer to surpass their season average in 52.94 of their games. This figure places them 22nd among NBA defenses. On the other side, LeBron James leads the Lakers in scoring, averaging 28 points across his 45 games. Throughout the season, James has outscored his season average in 58.0% of his outings. However, if he hopes to add to this total, James will need to do so against a Pelicans defense that has been tough on their opponent’s top scorers. So far, leading scores have surpassed their season average at a rate of just 42.0%. This figure is good for a rank of 8th in the league.

The Pelicans come into this game as the more efficient offensive team, averaging 106.2 points per 100 possessions. When playing as the superior offensive unit, New Orleans is winning at a rate of 75%. These victories are coming by an average margin of 10.0 points. On the other side, the Lakers hold the advantage on the defensive end of the floor. So far, they have played 17 games as the better defensive team, picking up 11 wins.

Today’s matchup between the New Orleans Pelicans and Los Angeles Lakers will be their first meeting of the season.

How the Public is Betting the Pelicans vs Lakers

68% are betting the Pelicans against the spread.

The outcome of this matchup hinges on whether the Lakers will have Lebron James available, as he is listed as questionable with a knee injury. If James is good to go, I like the Lakers to cover the spread, even though they are without Anthony Davis. On the season, New Orleans has been one of the least efficient offensive units, averaging an effective field goal percentage of just 50% (27th). Keep an eye on the injury report. If James is going to play, take the Lakers. Note: We’re covering SIX pro basketball games today! Be sure to check out our main NBA picks page!