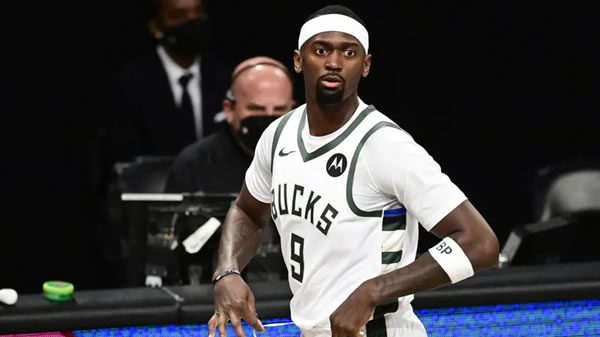 Most recently, the Nuggets took down the Pelicans by a score of 99-98. Jamal Murray finished with 25 points, which was the most on the team. Denver did not cover the spread as 3-point favorites.

The Bucks came home with a win in their last matchup against the Pistons, achieving a 150-130 victory as 11 point favorites. Giannis Antetokounmpo led the Bucks with an impressive performance, scoring 29 points on a shooting percentage of 53.3%. In addition to the win, the Bucks also covered the spread.

In the 2021-2022 regular season, the Bucks and Nuggets split their head-to-head season series. In these matchups, each team won on their opponent’s home floor. In last year’s head-to-head meetings, the Nuggets averaged 122.5 points per game vs. Milwaukee, which was an increase over their season-long average. While the Nuggets saw a boost in scoring, the Bucks averaged 110.0 points per contest in a head-to-head meeting with Denver. This figure was similar to the season-long average. In terms of betting, Denver has an ATS record of 3-2 in the previous five matchups vs. Milwaukee. This mark has come on an average scoring margin of +11 points per game in favor of the Nuggets. Denver and Milwaukee averaged a combined 225 points per game in these games, leading to an over-under mark of 3-2.

This year, Denver is the 23rd-ranked scoring unit in the NBA at 116.9 points per game. Their strong production has come despite being one of the slower-paced teams in the NBA at just 97.9 possessions per game. Denver has struggled with their 3-point shot this season, as they are currently ranked just 1st in 3-point shooting percentage at 39.7%. In addition, they are near the bottom of the league in attempts, at just 30.6 attempts per contest. On defense, the Nuggets allow an average of 110.41 points per game, placing them 14th in the league. So far, they have done a good job defending the 3-point arc, as teams are hitting just 34.42% of their looks from deep.

This year, the Milwaukee offense is not only near the NBA average in points at 113.2 points per game, but they are also playing at a pace similar to the league average. So far, the Bucks are ranked 15th in possessions per contest. The three-point shot has been a big part of Milwaukee’s offensive game plan, as they are ranked 4th in 3-point attempts per game. So far, they have connected on 35.7% of their looks from the outside. On defense, the Bucks allow an average of 112.13 points per game, placing them 19th in the league. So far, opposing teams are hitting 35.73% of their looks from deep vs. Milwaukee.

Giannis Antetokounmpo is the top scorer for Milwaukee, averaging 30.9 points per game. This season, his field goal percentage is 52.4%. The team’s second-leading scorer is Jrue Holiday, with an average of 19.5 points per game.

The Bucks destroyed the Pistons in their last game and are hoping to build some momentum with Khris Middleton’s return to the lineup. However, I expect this game to come down to the wire, making the Nuggets a solid pick at +7. Bet your NBA picks for FREE this week by scoring a 50% real cash bonus up to $250 by playing at the web’s best sportsbook! It’s where we play! —-> Bovada Sportsbook (Live wagering platform is INCREDIBLE!)