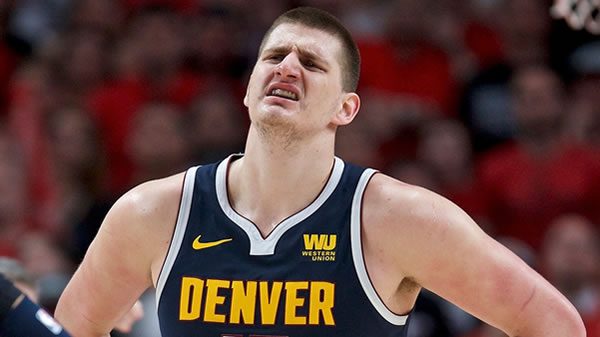 The Nuggets come into today’s matchup with an overall record of 4-3. So far, the team has gone
3-4-0 against the spread. In the team’s past three games, their overall mark sits at 2-1. Denver is
2-1 vs. the spread in these matchups.

The Nuggets are coming off a disappointing 121-110 loss to the Lakers. Going into the game,
they were favored to win by 2 points. Denver was not able to turn things around in the 2nd half,
as they trailed the Lakers by 11 going into halftime. Leading the team in scoring was Nikola
Jokic, as he contributed 23 points while hitting 50.0% of his shots.

So far, the Thunder have put together an overall record of 4-3, while going 6-1-0 vs the
spread. In today’s game, Oklahoma City will look to extend their 4 game winning streak. Over this
stretch, they have an average scoring margin of 9.0 points.

In their previous game, the Thunder took down the Magic by a score of 116-108. Not only did
they come away with a straight-up win, but they also covered the spread as 3-point favorites.
Even though Oklahoma City did not immediately put a dent in their halftime deficit as they
trailed by 3 points heading into 4th, they still managed to come out on top. Leading the team in
scoring was Shai Gilgeous-Alexander, as he contributed 34 points while hitting 66.7% of his
shots.

In addition to ending their head-to-head series in a split, the Nuggets and Thunder both had
records of 2-2. Last year, the Nuggets saw a drop in overall scoring when playing the Thunder,
averaging 103.25 points per game. While the Nuggets struggled on offense in the series, the
Thunder maintained their usual level of scoring at 107.25 vs Denver. Through the last 5 matchups
between the teams, Oklahoma City has an ATS mark of 5-0. But, looking at the scoring margin in
these games, an average of just 2 points per game separates the teams. The over-under record in
these same games is 2-3, with the teams combining for an average of 216 points per game.

The Nuggets come into today’s game as the 13th ranked scoring offense at 114.1 points per
game. The Nuggets come into the game as one of the league’s better 3-point shooting teams,
connecting at a rate of 13.3 made 3’s per game. If the Denver offense is going to improve, they
would benefit from attacking the basket and generating looks at the line. So far, they are ranked
just 26th in made free-throws per game.

On defense, the Nuggets will look for some improved play, as they are currently the
14th-ranked unit in points allowed per game.

Leading scorer Nikola Jokic will need to be on top of his game vs the Thunder, as they were on
the NBA’s top teams at limiting the scoring of opposing centers.

The Thunder come into today’s game as the 20th ranked scoring offense at 112.9 points per
game. Coming into today’s game, the Thunder will be looking to improve their 3-point shooting
numbers, as they are averaging just 10.6 made 3’s per game. One reason that they are still
scoring at a high rate is the fact that they are ranked 6th in the NBA in possessions per
contest. These increased opportunites have helped make up for the lack of outside shooting.

Against the Nuggets, the Thunder will need a stronger defensive effort as they are ranked just
15th in points allowed.

Shai Gilgeous-Alexander could be in line for a big game vs the Nuggets as they were one of the
worst units at defending shooting guards in the 2021-2022 regular season.

The Nuggets are 1-3 on the road this season. More importantly, they haven’t really gelled with
their lineup yet. Many of the players have been on the team for years, but one or two of them are
seemingly always hurt, which is a real chemistry buster. Especially this particular lineup, which
has a bunch of guys who all want to shoot. That’s not a recipe for winning basketball. On the
flip side, OKC has turned it around, winning four games in a row, three of which were against
some pretty good competition. I’ll be frothing at the mouth all day Thursday waiting for this
game to start and to cash my OKC +6 ticket!