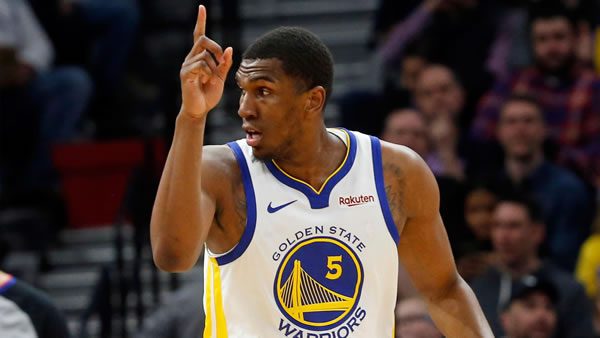 The Warriors come into today’s matchup with an overall record of 3-5. So far, the team has
gone 2-6-0 against the spread. Today, the Warriors will be looking to snap a 3 game losing
streak. In these games, they have an average scoring differential of -9.33 points.

Golden State is trying to bounce back from a 116-109 loss to the Heat. Going into this game,
the team was 1 point underdog on the spread, giving them an ATS loss. Golden State was not able
to turn things around in the 2nd half, as they trailed the Heat by 7 going into halftime. In the
loss, Stephen Curry led the team in scoring with 23 points on a field goal percentage of
50.0%.

So far, the Magic have put together an overall record of 1-7, while going 2-5-1 vs the spread.
Against the Warriors, the Magic are looking to break out of 2 game losing streak. These defeats
have come on an average scoring differential of -8.5 points per contest.

Orlando is trying to bounce back from a 116-108 loss to the Thunder. Going into this game, the
team was 3 point underdogs on the spread, giving them an ATS loss. Orlando let an opportunity for
a win slip home as they held a lead going into the 2nd half of action. In the loss, Wendell
Carter Jr. led the team in scoring with 30 points on a field goal percentage of 66.7%.

In last season’s head-to-head matchups, the teams split the season series. In these games,
each team won on their home floor. Similar to their season-long average, the Warriors averaged
108.0 points per game vs the Magic. While the Warriors were able to maintain their usual level of
production against Orlando, the Magic averaged fewer points per game in the series, at 94.5.
Across the last 5 matchups between the teams, Orlando has gone 3-2 vs the spread. However, the
Warriors actually have a positive scoring margin in these games at +9 points per game. The
over-under record in these same games is 2-3, with the teams combining for an average of 213
points per game.

The Warriors come into today’s game as one of the better-scoring teams in the NBA at 117.5
points per game (4th). In addition, Golden State is one of the league’s better 3-point shooting
teams, connecting at a rate of 14.5 made 3’s per game. One thing that could take the team’s
offense to the next level is if they can begin to generate more opportunites at the free-throw
line. So far, they are averaging just 17.8 made free throws per game.

Against the Magic, the Warriors will look to continue their strong defensive play. For the
year, they are the 3rd ranked unit at 105.46 points per game.

One thing to watch will be if Stephen Curry will be able to take advantage of his matchup vs
the Magic. Last year, they were ranked just 23rd in points allowed to point-guards.

Through 8 games, the Magic are averaging 105.9 points per contest, placing them 29th in the
NBA. Coming into today’s game, the Magic will be looking to improve their 3-point shooting
numbers, as they are averaging just 9.8 made 3’s per game. If Orlando continues to struggle with
their outside shot, they may look to start playing with more pace, as they are currently 23rd in
the league in possessions per game.

On defense, the Magic will look for some improved play, as they are currently the 20th-ranked
unit in points allowed per game.

The Warriors have dropped three games in a row and four of their last five. They’ve lost all
four of their road games this season. There’s not a chance in heck that I’d lay -8 with the GSW
at this point in the season. I recommend taking the points with the Magic. Good luckl!