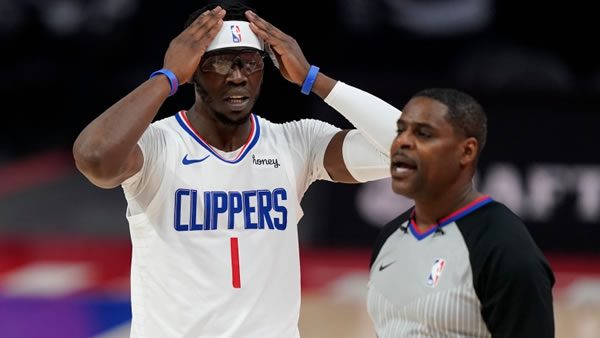 The Los Angeles Clippers host the New York Knicks in a Non-Conference matchup. Tip-off is set for 10:00 PM ET at the Staples Center.

The New York Knicks come into this game with an overall record of 25-38, placing them 12nd in the Eastern Conference. Throughout the season, New York has struggled in their 31 road contests, sitting at 12-19. Over the Knicks’ last five games, they have picked up just 0 wins. In this stretch, New York’s offense is scoring right in line with their season average, putting up 107.0 points per game. Combined, the Knicks’ last five opponents are giving up 107.0 points per contest. A key reason for New York’s recent struggles is a defensive unit giving up 118.0 points over their previous five contests. This figure is up from their season average of 107.4. In the New York Knicks’ most recent game, the team fell to Phoenix by a score of 115-114.

The Los Angeles Clippers come into this game with an overall record of 34-31, placing them 8th in the Western Conference. So far, Los Angeles is above .500 at home, holding a record of 19-13. The Clippers have played well over their last five games, picking up 5 wins. During this stretch, Los Angeles is averaging 118.0 points per game, 11.0 points more than their season average of 107.2. This uptick in offensive play has come while playing a group of opponents who are collectively giving up 116.0 points per contest. The Clippers have been picking up victories while holding opponents to an average of 104.0 points per game, similar to their season average of 107.4. In the Los Angeles Clippers’ most recent game, Los Angeles took down LA Lakers by a score of 132-111.

As New York travels to take on the Los Angeles Clippers, the Knicks’ leading scorer is Julius Randle. Through 61 games, Randle is averaging 19 points. On the season, he has surpassed his season average in 49.0% of his games. Against the Clippers, Randle will need to be on top of his game as Los Angeles is allowing their opponent’s top scorer to surpass their average in 42.0% of their games, placing them in the top 10. As for the Clippers, they will be looking for a collective scoring effort as they are missing their top scorers in Paul George and Norman Powell. Look for Reggie Jackson to try to take the game over, as he is averaging 17 points per game while shooting 33% from downtown. Given that New York’s defense has struggled to slow down their opponent’s top scorers, Jackson should be in line for a big performance. So far, the Knicks have allowed their opponent’s top scorer to surpass their season average in 58.0% of their games, giving them a rank of 28th among NBA defenses.

Heading into this matchup, the Los Angeles Clippers are the more efficient team on both ends of the court. This scenario has taken place in 4 of Los Angeles’s 62 games, leading to a winning percentage of 100%. So far, the New York Knicks have played 14 games as the inferior offensive and defensive unit. In these instances, they have lost 14 times, by an average margin of -12.0 points.

Heading into today’s matchup, the New York Knicks and Los Angeles Clippers have met up for 1 game. New York took game one by a score of 110-102.

How the Public is Betting the Knicks vs Clippers

67% are betting the Clippers against the spread.
52% are wagering on the game to go over the posted total of 217.0

The New York Knicks head to Los Angeles looking to continue an already successful road trip, as they just knocked off the Phoenix Suns. Like their win over Phoenix, they will benefit from playing a team dealing with injuries. Heading into the game, the Clippers will be without their recent addition Norman Powell, who had become one of the team’s top-scoring options. Even with the injuries, look for the Clippers to pick up the win and cover the spread. Throughout the season, LA has been one of the best defensive units, holding teams to just 45% shooting from the field.