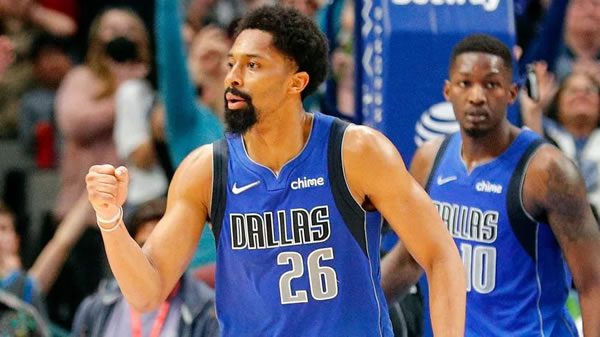 Most recently, New Orleans lost to the Nets by a score of 108-102. CJ McCollum and his 28 points were not enough for the team to pull out a win as 4-point underdogs. The Pelicans also finished with an ATS loss in the game.

Most recently, Dallas lost to the Celtics by a score of 124-95. Luka Doncic and his 23 points were not enough for the team to pull out a win as 3-point underdogs. The Mavericks also finished with an ATS loss in the game.

In the most recent matchup between the two teams, the Pelicans picked up the win 113-111 win over the Mavericks. Heading into the game, New Orleans was the 5.5-point underdogs, giving them an ATS win. This has been the only matchup between the two teams this season. The Mavericks have had the better record vs. the spread over the last five games, going 3-2. The team’s average scoring margin in these contests sits at 7 points per game. A combined average of 221 points per game was achieved in these matchups, leading to an over-under mark of 3-2.

This season, New Orleans is among the league leaders in scoring, averaging 117.1 points per game. So far, the Pelicans are also one of the more up-tempo teams in the league, sitting at 101.0 possessions per game. New Orleans heads into the game as one of the top 3-point shooting teams in terms of percentage. So far, they have hit 36.9% of their looks from deep. However, they are currently ranked just 26th in 3-point attempts per contest. On defense, the Pelicans allow an average of 110.28 points per game, placing them 13th in the league. So far, teams have shot 36.48% on their looks from outside vs. New Orleans. This figure places them 26th in 3-point shooting defense.

Zion Williamson will not be available for today’s game in New Orleans due to an injury, as reported on the injury report. This means that CJ McCollum will need to step up and take on the role of primary scorer for the team. This year, McCollum has been averaging 20.4 points per game for the Pelicans.

This season, Dallas is averaging just 112.1 points per game, which places them 21st in the league. A major reason for these low numbers is the fact that they play at one of the slower paces in the NBA at just 96.5 possessions per game. The three-point shot has been a big part of Dallas’ offensive game plan, as they are ranked 3rd in 3-point attempts per game. So far, they have connected on 35.6% of their looks from the outside. Defensively, the Mavericks have been one of the best units in the NBA, allowing just 104.72 points per game. So far, they have done an excellent job defending the 3-point arc, allowing teams to hit just 33.98%.

The Pelicans went through a short spell where they weren’t playing well. They appear to be back on track. Seven points are way too many! I’m betting on the Pels with confidence!