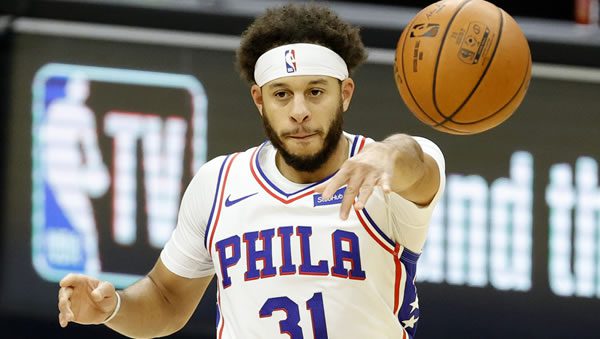 The Philadelphia 76ers enter Tuesday’s game with an 8-6 record. After an impressive 8-2 start through 10 games, the 76ers have dropped their last four games, due in part to Joel Embiid being out with Covid. Tyrese Maxey has stepped up offensively for Philadelphia as of late, with two 30+ point performances in the past week. Even though Embiid has missed the last five games, he still leads the team with 21.4 PPG. The 76ers offensively are averaging 109.9 PPG and giving up 105.7 PPG on defense. Despite a losing streak, the team still has a 4.2-point differential.

The Utah Jazz holds an admirable 8-5 record going into their matchup with the 76ers. Like Philadelphia, Utah has seen a similar skid losing two straight games and four of their last five. Donovan Mitchell leads the Jazz in scoring with 25.6 PPG. Perennial Defensive Player of the Year finalist Rudy Gobert leads the NBA with 15.3 RPG. The Jazz offense averages 110.2 PPG, which is the fifth-best in the league. On the defensive side, Utah gives up 103.5 PPG, giving the team a 6.7-point differential.

Utah comes into Tuesday with a two-game skid and has lost four of their last five. They have had some struggles defensively, giving up 109 points on average in that five-game stretch. The Jazz have been a team that likes to dig themselves into a hole and then finds a way to claw back into games down the stretch. Even though Utah is a top 5 team defensively in the first quarter, they find themselves outside the top 20 teams themselves when it comes to scoring. Against good teams, falling behind early is usually a recipe for disaster, but against teams who are struggling, you might be able to get away with it. Enter Philadelphia, a team without their all-star center, who has had some defensive issues of their own. On top of being without Embiid, the 76ers will also be without Danny Green and Matisse Thybulle. Philadelphia is stuck in one of those “it gets worse before it gets better” scenarios with injuries and players missing time with Covid. These missing pieces will allow the Jazz to get out to a faster start than usual, and rather than playing from behind, they will be able to open up their offense and play with a lead. Should Utah come out with a better start, we may see the Jazz with the lead at the half, which they haven’t been able to do over the past week.

The Jazz and 76ers find themselves in the bottom third of the league when it comes to pace of play. Philadelphia still finds themselves as the slowest team in the league at 98.5 possessions per game. Utah, at 101.5 possessions a game, is 20th in the NBA. Without some key players on the 76ers side, they may be forced to play up to the speed of the Jazz. With a healthy team and a home court, Utah will likely be setting the pace of the game regardless. Usually, a slower-paced team playing faster can be a good thing as it gives them more scoring opportunities, but again with the lack of top talent on the floor for Philadelphia, this gives an advantage to the Jazz.

Looking at the rebounding numbers for each team, we see very different sides of the spectrum. As mentioned above, Utah’s Rudy Gobert leads the league with 15.3 rebounds per game. Having the top rebounder in the NBA on your team is an immediate advantage no matter who you are playing. As a team, the Jazz are second best, averaging 56.3 rebounds per game. The 76ers, on the other hand, are the worst-ranked when it comes to grabbing boards, with 48.9 per game. Digging deeper into the rebounding category, Utah is in the top 10 for offensive rebounds while Philadelphia is in the bottom ten teams. This goes without saying that the team who can rebound better and give their offense more opportunities to score wins the game.

This cross-conference matchup happens just twice a year, and Tuesday’s matchup will be the first time they see each other this season. The last time these teams met in March, the game went to overtime in a 131-123 finish in favor of the 76ers. Looking at the history of these teams over the past few years, the home team has won the last four times.

How the Public is Betting the 76ers vs. Jazz

52% are betting the Jazz to cover the spread.

Collin’s Pick for 76ers vs. Jazz

The 76ers and Jazz go into Tuesday night’s matchup looking to turn around their misfortunes as of late. The Jazz is the healthier team right now with too much offensive firepower for the depleted 76ers to handle. I like the Jazz winning this one at home, but an 8.5-point spread seems steep for them to cover, especially given their inability to cover, let alone beat good teams as of late. As for Philadelphia, I’m not confident enough in their defense to keep it close and cover. Take the Jazz on the Moneyline for this one. Note: Week 10 NFL was TOUGH on bettors! If you were one of the casualties, instead of re-deposting at your bookie and getting NOTHING, you may want to consider a 100% REAL CASH bonus on your first deposit of $100 to $500 at GTBets Sportsbook! They have an excellent Rewards Program as well!