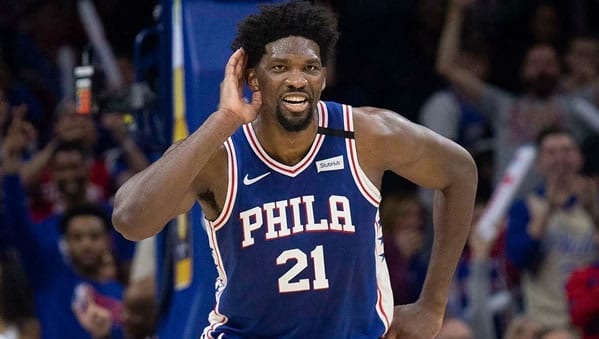 The Milwaukee Bucks host the Philadelphia 76ers In A Matchup Of Two Of The Eastern Conference’s Best Players In Giannis Antetokounmpo And Joel Embid. Tip-off at Fiserv Forum is set for 8:30 ET.

The Philadelphia 76ers come into this game with an overall record of 34-23, placing them 5th in the Eastern Conference. So far, Philadelphia is above .500 on the road, holding a record of 18-10. Over their last five games, the 76ers have played well, picking up 3 wins. In this stretch, Philadelphia’s offense is scoring right in line with their season average, putting up 104.0 points per game. Combined, the 76ers’ last five opponents are giving up 106.0 points per contest. The 76ers have been picking up wins, while holding opponents to an average of 107.0 points per game, similar to their season average of 105.7. In the Philadelphia 76ers’ most recent game, the team fell to Indiana by a score of 135-87.

The Milwaukee Bucks come into this game with an overall record of 36-23, placing them 3rd in the Eastern Conference. So far, Milwaukee is above .500 at home, holding a record of 20-10. The Bucks have played well over their last five games, picking up 3 wins. During this stretch, Milwaukee is averaging 122.0 points per game, 9.0 points more than their season average of 113.1. This uptick in offensive play has come while playing a group of opponents who are collectively giving up 110.0 points per contest. Even though the Bucks have been adding to the win column, their opponents have had no trouble scoring the ball, averaging 120.0 points per game, up from Milwaukee’s usual rate of 109.6.’ In the Milwaukee Bucks most recent game, Milwaukee took down Indiana by a score of 128-119.

Heading into this matchup, the Milwaukee Bucks are the more efficient team on both ends of the court. This scenario has taken place in 21 of Milwaukee’s 30 games, leading to a winning percentage of 62%. So far, the Sixers have played 9 games as the inferior offensive and defensive unit. In these instances, they have lost each game, by an average margin of -20.0 points.

Tonight’s game will be the second meeting of the season between Milwaukee and Philadelphia. The Bucks took game one by a score of 118-109.

How the Public is Betting the 76ers vs Bucks

67% are betting the Bucks against the spread.
52% are wagering on the game to go over the posted total of 223

In this matchup between the Bucks and Sixers, look for Milwaukee to pick up the win and cover the spread. Throughout his career, Giannis Antetokounmpo has shown the ability to get up for big games. In his last game before the All-Star Break, look for the Greek Freak to put up another big performance after dropping 50 vs Indiana.