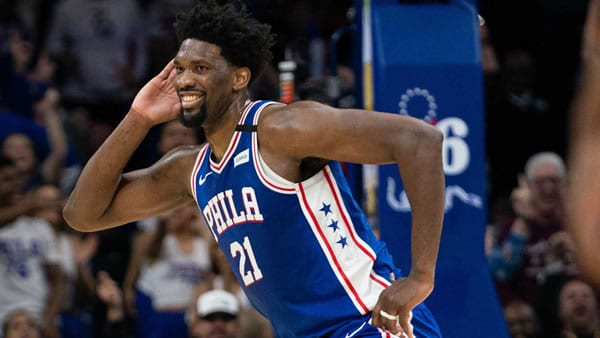 The 76ers come into today’s matchup with an overall record of 1-3. So far, the team has gone
1-3-0 against the spread. In the teams past 3 games, their overall mark sits at 1-2. Philadelphia
is 1-2 vs the spread in these matchups.

The 76ers will look to keep things rolling, as they previously beat the Pacers by a score of
120-106. Heading into the game, they were 12 point favorites on the spread, giving them an ATS
win. Philadelphia played well enough in the second half to prevent the Pacers from making things
interesting down the stretch, as they led by 18 going into halftime. In the win, James Harden led
the team in scoring with 29 points on a field goal percentage of 55.6%.

The Raptors are coming off a 98-90 win over the Heat. This win came despite entering the game
as the 4-point underdogs. In the game, Toronto was able to hold on to their first-half lead, as
they led the Heat by 5 going into the second half. Leading the team in scoring was Fred VanVleet,
as he contributed 24 points while hitting 37.5% of his shots.

Going back to last season, the Raptors took the season series 3-1. But, this year, they will
look to do a better job defending home court, as they split their matchups vs Toronto. Similar to
their season-long average, the 76ers averaged 106.25 points per game vs the Raptors. Similar to
the 76ers, the Raptors scored at a rate near their season average. In their games vs
Philadelphia, the team averaged 109.0 points per game. The 76ers have had the better record vs
the spread over the last 5 games, going 3-2. The team’s average scoring margin in these contests
sits at 6 points per game. The over-under record in these same games is 1-4, with the teams
combining for an average of 208 points per game.

Currently, the 76ers defense is ranked 26th in points allowed. So far, opposing teams are
averaging 114.94 points per game vs the unit.

One thing to watch will be if James Harden will be able to take advantage of his matchup vs
the Raptors. Last year, they were ranked just 24th in points allowed to shooting guards.

For the season, the Raptors’ offensive unit is ranked just 19th in scoring at 105.0 points per
contest. The Raptors come into the game as one of the league’s better 3-point shooting teams,
connecting at a rate of 13.0 made 3’s per game. If the Toronto offense is going to improve, they
would benefit from attacking the basket and generating looks at the line. So far, they are ranked
just 13th in made free throws per game.

Defensively, Toronto has had its problems giving up an average of 113.04 points per game
(23rd).

A key matchup to watch is if the teams leading scorer Pascal Siakam will be limited at all by
the 76ers, who are on the NBA’s top teams at limiting the scoring of opposing power-fowards.

In this Eastern Conference Showdown, I see Joel Embiid and the Sixers picking up the win and
covering the spread. Look for Embiid to carry the team with a big scoring night.