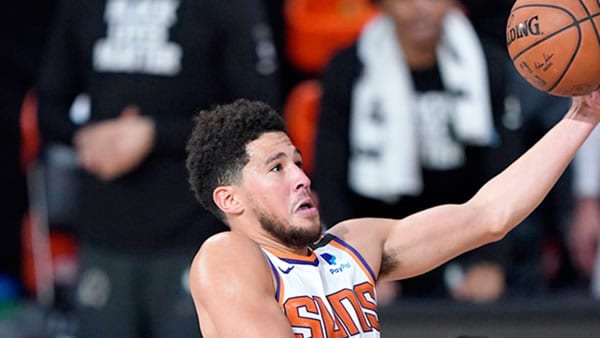 The Phoenix Suns enter Tuesday with a 24-5 record with a chance to overtake the Warriors for best NBA record with a win over the Lakers. After a minor hiccup losing to the Clippers last Monday, the Suns are back on a winning streak after beating the Hornets last time on the floor. Devin Booker made his return from a hamstring injury in what turned out to be the best full team effort by the Suns this season in the 137-106 final. Offensively, the team had a season-high in scoring, with all five starters and nine total players scoring double digits. Defensively, Phoenix held the second-best scoring team in the league to just 106 points. On the season, eight Suns players are averaging double-digit points per game and have the 3rd best scoring defense at 111.9 PPG. Defensively, the team is 4th, allowing 104.6 PPG. Phoenix holds a 7.3-point differential which is also 3rd best in the NBA.

The Los Angeles Lakers go into their matchup against the Suns with a 16-15 record and sit 7th in the Western Conference. After a stretch of four wins in five games and vintage Lebron making an appearance, their fun was cut short after a series of injuries and positive covid tests led to two straight losses and a shorthanded squad. In their loss to the Timberwolves, Isaiah Thomas made his Lakers debut, leading the team with 19 points. That game was full of offensive mistakes once again, with 18 team turnovers in the 110-92 final. In Sunday’s matchup with the Bulls, the Lakers came up short once again, worsening their ball control from two nights prior with 20 turnovers in the game. On the season, Lebron leads the team with 25.9 PPG. As a team, the Lakers find themselves 8th offensively, scoring 110.5 PPG and 26th defensively, allowing 111.3 PPG.

This game is set to be a fast-paced affair with two of the NBA’s fastest teams. The visiting Suns are 6th in the league with 103.4 possessions per game. With Booker back in the lineup, the team played at a faster pace than their average, given the return of his help from range, knocking down four of his eight three-point attempts. The Lakers remain the fastest team in the NBA for pace. The upside of their fast pace is due to the downhill explosiveness of Westbrook and James when attacking the basket. The main contributor to the team’s pace this season has been their turnover issues. The Lakers are second-worst only to Houston, averaging 16.1 turnovers per game. For most of the season, Westbrook has been the Achilles heel of their ball control problems, but recently Lebron has added to it with ten turnovers in the last three games. Against the Suns, who are a Top 5 team for steals, the Lakers have their work cut out for them in keeping this one close, both with their own mistakes and with the ones the Suns create with their stellar defense.

Suns Back to Full Strength

Aside from the Warriors once they get Klay back, Phoenix appears to be the most complete team as they stayed fully intact from their NBA Finals appearance last season. Even when not at full strength, the Suns fared well, winning six of their eight games Booker. In his first game back, the team didn’t miss a beat in a dominant win over the Hornets. In Tuesday’s game against the Lakers, I’d like the Suns chances with both sides fully healthy, but given the Lakers being without some key players, I like them even more in this one. Even though the Lakers do have Lebron, his 30+ point games aren’t enough against the top teams in the NBA.

Despite having one of the most iconic arenas to call home, the Lakers haven’t looked as good as they’d hope at Staples Center. Not only is their 10-7 home record sub-par by their standards, but they also haven’t been able to win in dominant fashion nor keep losses close with a 6-11 record against the spread at home. The Suns come in with a 7-6 record ATS on the road and are 4-1 ATS in their last five games. Keeping up with a Phoenix team that is dominant on both sides of the court is going to be a tall task, let alone trying to keep this one within the 6.5-point spread.

Tuesday will be the second time these teams square off this season. In their matchup on Oct. 22nd, the Suns bested the Lakers in a 115-105 final. Dating back to last season, the Suns have won three of the last four matchups.

How the Public is Betting the Suns vs. Lakers

This Western Conference matchup features two teams riding opposite streaks into the game. The Suns come in with a full-strength team and look to take over with the best record in the NBA. The Lakers are a squad looking to establish their identity with a long list of injuries, an offense that can’t take care of the ball, and a defense that can’t seem to get in anyone’s way. I’m taking the Phoenix Suns to cover the 6.5-point spread.