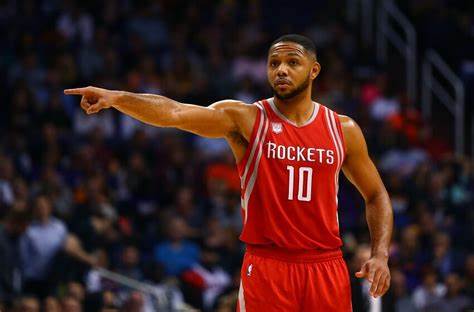 The Portland Blazers host the Houston Rockets in a Western-Conference matchup. Tip-off is set for 10:00 PM ET at the Moda Center.

The Houston Rockets come into this game with an overall record of 19-55, placing them 15th in the Western Conference. Throughout the season, Houston has struggled in their 38 road contests, sitting at 8-30. Over the Rockets’ last five games, they have picked up just 2 wins. In this stretch, Houston’s offense is scoring right in line with their season average, putting up 109.0 points per game. Combined, the Rockets’ last five opponents are giving up 111.0 points per contest. Even though Houston has struggled of late, they have shown improvements on the defensive end of the court, giving up just 111.0 points per game over their last five contests. This number is down from their season average of 117.9. In the Houston Rockets’ most recent game, Houston took down Portland by a score of 125-106.

The Portland Blazers come into this game with an overall record of 27-46, placing them 12nd in the Western Conference. Throughout the season, Portland has struggled in their 37 home contests, sitting at 17-20. Over the Trail Blazers’ last five games, they have picked up just 1 win. In this stretch, Portland’s offense is scoring right in line with their season average, putting up 108.0 points per game. Combined, the Trail Blazers’ last five opponents are giving up 114.0 points per contest. A key reason for the Trail Blazers’ recent struggles is a defensive unit giving up 126.0 points over their last five contests. This figure is up from their season average of 114.6. In the Portland Blazers’ most recent game, the team fell to Houston by a score of 125-106.

Heading into this matchup, the Portland Blazers are the more efficient team on both ends of the court. This scenario has yet to take place. So far, the Houston Rockets have played 33 games as the inferior offensive and defensive unit. In these instances, they have lost 33 times, by an average margin of -16.0 points.

Heading into today’s matchup, the Houston Rockets and Portland Blazers have met up for 3 games. In their last meeting, Houston picked up a 125-106 win.

How the Public is Betting the Rockets vs Blazers

67% are betting the Rockets against the spread.

Tonight’s matchup between the Blazers and Rockets features two of the worst team’s in the Western Conference. But, even though Houston has the worse record, they come into the game as 4.5 point favorites. A key reason for this is that Portland once again has a lengthy injury report. Look for the Rockets to pick up the win and cover the spread, as they have had no trouble scoring the ball, rather they struggle on defense. Given the Blazers’ injury situation, they don’t have the firepower to take advantage of a weak defensive unit. Bet your Saturday NBA picks for FREE by taking advantage of a 100% REAL CASH bonus on your first deposit of $100 to $300 at MyBookie Sportsbook when you use bonus code PREDICT100 during the registration process!