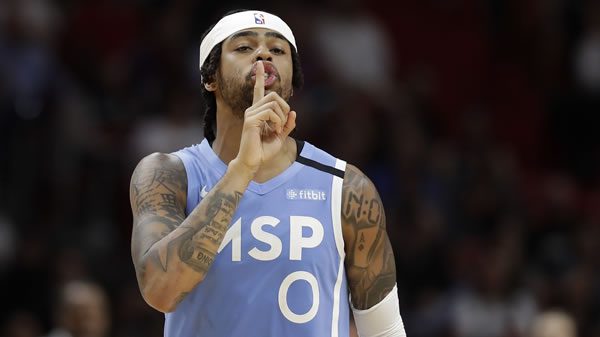 Heading into the game, Houston is 10-35 overall. When taking to the road, Houston has a mark of 4-20 and a win percentage of 17%. Currently, the team is 15th in the Western Conference. So far, they are 16-27-2 vs. the spread. Houston travels to take on the Timberwolves, hoping to avoid their 13th straight loss.

In their most recent game, Houston was unable to come away with a victory against the Hornets, losing by a score of 122-117. Despite Jalen Green leading the team with 41 points, the Rockets were unable to overcome their status as 3-point underdogs. The Rockets also ended up with an ATS loss in the game.

Minnesota will be looking to build on their most recent win over the Raptors. D’Angelo Russell led the team to a win with his 25 points. The Timberwolves were 4-point underdogs on the spread, giving them an ATS win.

Coming into the game, Houston’s offense is ranked just 28th in scoring at 109.8 points per game. This has come while being the 17th-ranked unit in pace. So far, the Rockets are averaging 99.1 possessions per contest. The Rockets have been able to put together a strong offensive attack despite sitting just 29th in 3-point shooting percentage. Overall, they are among the league leaders in attempts at 35.1 attempts per game. The defense has been atrocious for Houston, allowing 118.2 points per game. In terms of their 3-point defense, opposing teams have hit 35.03% of their looks from deep, placing the Rockets 14th in the NBA.

Heading into today’s game, Houston will need a strong offensive effort from Jalen Green and the team’s supporting cast as Kevin Porter Jr. won’t be available vs. Minnesota. So far, Porter Jr. is averaging 19.2 points per game. Green leads the Rockets at 21.9 points per contest.

This season, Minnesota is among the league leaders in scoring, averaging 115.4 points per game. So far, the Timberwolves are also one of the more up-tempo teams in the league, sitting at 100.8 possessions per game. When looking at the team’s 3-point shooting numbers, they profile as an average team in both percentage and attempts. For the season, the Timberwolves’ offense is ranked 20th in 3-point attempts per game while connecting at a rate of 35.1%. The defense hasn’t been a strong area for Minnesota, as they are currently allowing 113.3 points per game. However, even with their overall struggles, the team has done a good job defending the 3-point line. So far, opposing teams have hit just 34.89% of their looks from deep.

Heading into the game, Anthony Edwards is listed as questionable on the injury report. This season, he leads the team with a per-game scoring average of 23.7. Currently, D’Angelo Russell is 2nd on the team in scoring at 17.2 points per game.

The Houston Rockets have lost three of their last four road games by twenty points or more. I’m betting on more of the same and wagering on the T-Wolves minus the points! Bet your NBA predictions for FREE all weekend by scoring a 100% real cash bonus up to $500 when you enter promo code PREDICTEM at Betnow Sportsbook!