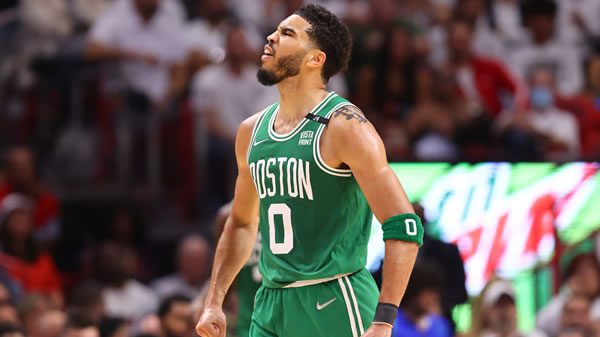 Heading into the game, Orlando is 10-20 overall. When taking to the road, Orlando has a mark of 2-11 and a win percent of 15%. Currently, the team is 13th in the Eastern Conference. So far, they are 15-14-1 vs. the spread. In their matchup against Boston, the Orlando Magic have won 5 straight games and will look to push that mark to 6 in a row.

In their upcoming game, Orlando will be looking to capitalize on their recent win over the Celtics. Moritz Wagner led the way for the Magic with 25 points. Despite being 13-point underdogs on the spread, the Magic were able to secure an ATS win.

In their last game, Boston was defeated by Magic with a score of 117-109. Despite Jayson Tatum scoring 31 points, the team could not come out on top. Going into the game, the Celtics were 13-point favorites.

In the most recent game between the two teams, the Celtics picked up a 126-120 win over the Magic. However, heading into the game, Boston was favored to win by 8.5 points, giving the Magic and ATS victory. So far, the two teams have split their season series, with each team at 1-1. Across the last five matchups between the teams, Orlando has gone 3-2 vs. the spread. However, the Celtics actually have a positive scoring margin in these games at +9 points per game. In these contests, they averaged a combined 213 points per game, leading to an over-under mark of 2-2-1.

This season, Orlando is averaging just 109.4 points per game, which places them 28th in the league. A major reason for these low numbers is the fact that they play at one of the slower paces in the NBA, at just 98.0 possessions per game. Orlando has struggled with their 3-point shot this season, as they are currently ranked just 22nd in 3-point shooting percentage at 34.2%. In addition, they are near the bottom of the league in attempts, at just 31.0 attempts per contest. On defense, the Magic allow an average of 112.23 points per game, placing them 20th in the league. So far, teams have shot 36.62% on their looks from outside vs. Orlando. This figure places them 27th in 3-point shooting defense.

Franz Wagner is the top scorer for the Magic, with an average of 19.9 points per game. This season, his field goal percentage is 48.5%. Paolo Banchero is the team’s second-leading scorer, averaging 21.6 points per game.

For the season, Boston has put together one of the top-scoring offenses in the NBA at 119.1 points per game. When looking at their style of play, the team is currently near the league average in pace, averaging 99.8 possessions per contest. The Celtics have been able to put together a strong offensive attack despite sitting just 4th in 3-point shooting percentage. Overall, they are among the league leaders in attempts at 41.7 attempts per game. Defensively, the Celtics have been one of the best units in the NBA, allowing just 104.48 points per game. So far, they have done an excellent job defending the 3-point arc, allowing teams to hit just 33.86%.

An important injury to consider for today’s game is that Boston will be without Jayson Tatum, who is listed as out on the injury report. Jaylen Brown will assume the role of primary scorer for the team. This season, Brown has been averaging 26.5 points per game for the Celtics.

Orlando caught the Celtics on their first game back after a long road trip. They’ve been playing well but are likely to get stomped by a Celtics team that will be highly motivated. I’m laying the points with Boston!