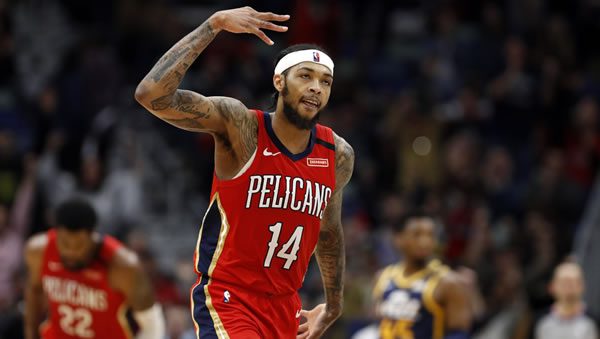 (Find the best sportsbooks >>> Gain the ability to bet on games at -105 odds or grab a 100% bonus that doubles your bankroll!)

The New Orleans Pelicans host the Phoenix Suns in a Western-Conference matchup. Tip-off is set for 09:30 PM ET at the Smoothie King Center.

The Phoenix Suns come into this game with an overall record of 64-18, placing them 1st in the Western Conference. So far, Phoenix is above .500 on the road, holding a record of 33-9. Over their last five games, the Suns have played well, picking up 3 wins. In this stretch, Phoenix’s offense is scoring right in line with their season average, putting up 112.0 points per game. Combined, the Suns’ last five opponents are giving up 111.0 points per contest. Even though Phoenix has been picking up wins, their opponents have had no trouble scoring the ball, averaging 111.0 points per game, up from the Suns’ usual rate of 107.5. In the Phoenix Suns’ most recent game, Phoenix took down New Orleans by a score of 114-111

The New Orleans Pelicans come into this game with an overall record of 36-46, placing them 9th in the Western Conference. Throughout the season, New Orleans has struggled in their 43 home contests, sitting at 20-23. The Pelicans have played well over their last five games, picking up 3 wins. In this stretch, New Orleans’s offense is scoring right in line with their season average, putting up 111.0 points per game. Combined, the Pelicans’ last five opponents are giving up 109.0 points per contest. The Pelicans have been picking up victories while holding opponents to an average of 108.0 points per game, similar to their season average of 110.2. In the New Orleans Pelicans’ most recent game, the team fell to Phoenix by a score of 114-111.

As Phoenix travels to take on the New Orleans Pelicans, the Suns will be looking for another big scoring night from Chris Paul and Deandre Ayton, who added 28 points apiece. So far, the Pelicans are allowing their opponent’s top scorer to surpass their season average in 50.0% of their games, placing them 16th among NBA defenses. On the other side, CJ McCollum leads the Pelicans in scoring, averaging 24 points across his 27 games. Throughout the season, McCollum has outscored his season average in 48.0% of his outings. However, if he hopes to add to this total, McCollum will need to do so against a Suns defense that has been tough on their opponent’s top scorers. So far, leading scores have surpassed their season average at a rate of just 46.77%. This figure is good for a rank of 9th in the league.

Heading into this matchup, the Phoenix Suns are the more efficient team on both ends of the court. This scenario has taken place in 35 of Phoenix’s 41 games, leading to a winning percentage of 83%. So far, the New Orleans Pelicans have played 59 games as the inferior offensive and defensive unit. In these instances, they have lost 59 times, by an average margin of -13.0 points.

Heading into today’s matchup, the Phoenix Suns and New Orleans Pelicans have met up for 7 games. In their last meeting, Phoenix picked up a 114-111 win.

After the New Orleans Pelicans stole game 2 in Phoenix, the team had all the momentum as they returned to play at home. However, even without Devin Booker, the Suns rode the hot hands of Chris Paul and Deandre Ayton to take the 2-1 series lead. For the Pelicans, this was a frustrating loss, as they held Phoenix to just 15% shooting from outside. With the Suns entering game 4 as the 2.5-point favorites, look for them to pick up the road win and cover the spread. Phoenix has to feel good, knowing they can win despite making 7 fewer three-point shots than the Pelicans. With the 3 point shooting battle likely to be much more balanced, I expect a significant win for the Suns. Did you know that you could be betting on games at -105 odds instead of -110? That may not sound like much, but it trumps the hell out of ANY signup/reload bonus you can get and playing anywhere else just doesn’t make sense! Be wise! Make the switch today to Betanysports! You’ll be so glad you did!