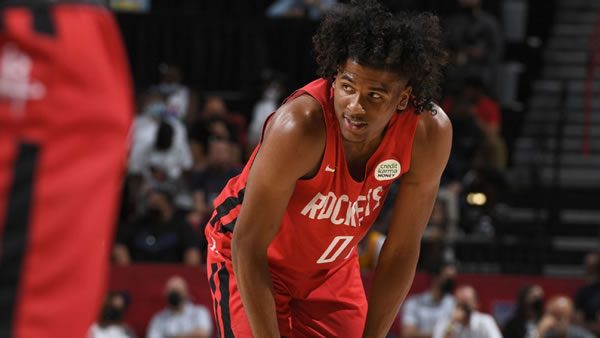 On the season, Phoenix is 16-11 overall. When taking to the road, Phoenix has a mark of 4-8 and a win percentage of 33.0%. Currently, the team is 4th in the Western Conference. So far, they are 13-12-2 vs. the spread. Phoenix travels to take on the Rockets, hoping to avoid their 5th straight loss.

In their most recent game, Phoenix was unable to come away with a victory against the Pelicans, losing by a score of 129-124. Despite Deandre Ayton leading the team with 28 points, the Suns could not overcome their status as 4-point underdogs. The Suns also ended up with an ATS loss in the game.

After their win against the Bucks, Houston will be looking to continue their momentum. Jalen Green had a big game, scoring 30 points to help lead the team to victory. As 10-point underdogs on the spread, the Rockets were able to come home with an ATS win

In the most recent matchup between the two teams, the Suns picked up the 124-109 win over the Rockets. The Suns’ point margin of victory was enough to cover the spread as 12.5 point favorite. So far, the two teams have split their season series, with each team at 1-1. In terms of betting, Phoenix has an ATS record of 3-2 in the previous five matchups vs. Houston. This mark has come on an average scoring margin of +12 points per game in favor of the Suns. The over-under record in these same games is 4-1, with the teams combining for an average of 232 points per game.

This year, Phoenix is the 21st-ranked scoring unit in the NBA at 116.1 points per game. Their strong production has come despite being one of the slower-paced teams in the NBA at just 98.2 possessions per game. The Suns have been able to put together a strong offensive attack despite sitting just 5th in 3-point shooting percentage. Overall, they are among the league leaders in attempts at 33.9 attempts per game. Defensively, the Suns have been one of the best units in the NBA, allowing just 107.33 points per game. So far, they have done an excellent job defending the 3-point arc, allowing teams to hit just 33.88%.

A significant injury to take into account for today’s game is that Devin Booker will be missing from Phoenix’s lineup, as reported on the injury report. Deandre Ayton will need to assume the role of primary scorer for the team. This season, Ayton has been averaging 17.5 points per game for the Suns.

Coming into the game, Houston’s offense is ranked just 24th in scoring at 110.3 points per game. This has come while being the 15th-ranked unit in pace. So far, the Rockets are averaging 99.5 possessions per contest. The Rockets have been able to put together a strong offensive attack despite sitting just 22nd in 3-point shooting percentage. Overall, they are among the league leaders in attempts at 34.8 attempts per game. Defense has been a struggle for Houston, as they are currently allowing 118.2 points per game. In terms of their 3-point defense, opposing teams have hit 35.03% of their looks from deep, placing the Rockets 14th in the NBA.

Going into today’s game, Jalen Green is the leading scorer for the Houston team with an average of 21.6 points per game. This season, his field goal percentage is 41.8%. The team’s second top scorer is Kevin Porter Jr., who is averaging 18.7 points per game.

The Phoenix Suns aren’t playing well right now, losers of their last four games. The Houston Rockets have won their last four games at home (convincingly) and vs. some pretty good teams. I’m betting 80% of my wager on Houston at +5.5 and the other 20% on the money line! Good luck!