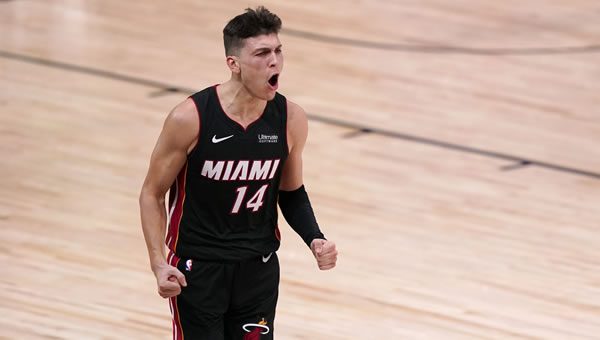 Heading into the game, Oklahoma City is 18-22 overall. When taking to the road, Oklahoma City has a mark of 5-13 and a win percentage of 28%. Currently, the team is 13th in the Western Conference. So far, they are 24-16-0 vs. the spread. In their matchup against Miami, the Oklahoma City Thunder have won 2 straight games and will look to push that mark to 3 in a row.

The Thunder came away with a win in their last matchup against the Mavericks, achieving a 120-109 victory as 4-point favorites. Shai Gilgeous-Alexander led the Thunder with an impressive performance, scoring 33 points on a shooting percentage of 64.7%. In addition to the win, the Thunder also covered the spread.

In their last game, Miami was defeated by the Nets by a score of 102-101. Jimmy Butler led the team in scoring with 26 points on a shooting percentage of 42.9%. Despite the loss, the Heat managed to cover the spread as 2-point underdogs heading into the game. They will be looking to bounce back in their next game.

In the most recent game between the two teams, the Heat picked up a 110-108 win over the Thunder. However, heading into the game, Miami was favored to win by 2.5 points, giving the Thunder an ATS victory. This has been the only matchup between the two teams this season. The Heat have had the better record vs. the spread over the last five games, going 3-2. The team’s average scoring margin in these contests is 13 points per game. In these matchups, the teams have put together an over-under mark of 1-4. Combined, they averaged 209 points in these games.

This season, Oklahoma City is among the league leaders in scoring, averaging 116.5 points per game. So far, the Thunder are also one of the more up-tempo teams in the league, sitting at 102.4 possessions per game. When looking at the team’s 3-point shooting numbers, they profile as an average team in both percentage and attempts. For the season, the Thunder offense is ranked 13th in 3-point attempts per game while connecting at a rate of 35.7%. On defense, the Thunder are allowing an average of 111.83 points per game, placing them 15th in the league. So far, opposing teams are hitting 34.97% of their looks from deep vs. Oklahoma City.

This season, Miami is averaging just 108.7 points per game, which places them 30th in the league. A major reason for these low numbers is the fact that they play at one of the slower paces in the NBA at just 97.2 possessions per game. The Heat have been able to put together a strong offensive attack despite sitting just 25th in 3-point shooting percentage. Overall, they are among the league leaders in attempts at 36.4 attempts per game. Defensively, the Heat have been one of the best units in the NBA, allowing just 105.57 points per game. So far, they have done an excellent job defending the 3-point arc, allowing teams to hit just 34.0%.

Injuries are a key storyline going into the game for Miami, as their number one and number two scorers are in jeopardy of missing the game. So far, Bam Adebayo is averaging 21.4, which is good for the top mark on the team. Behind him is Tyler Herro at 21.2 points per contest.

More Picks: Get our Dallas at LA Clippers betting predictions for 1/10/23

The Oklahoma City Thunder are on a mini-heater with three wins in their last four games. However, this team doesn’t fare as well when on the road, as they’ve gone 0-5 in their last five away games. The Miami Heat is a good home team, but they don’t really blow teams out. I’m betting the Heat on the money line. Bet your NBA predictions for FREE this week by scoring a 100% real cash bonus up to $500 when you enter bonus promo code PREDICTEM at Betnow Sportsbook!