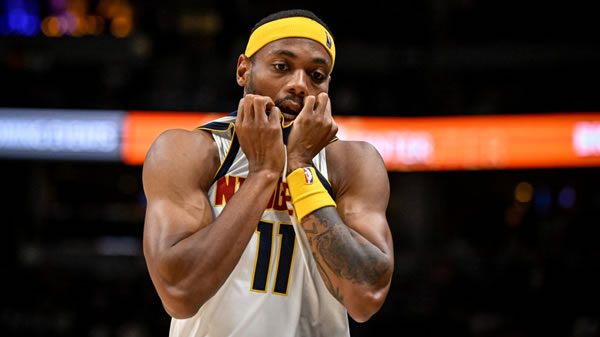 Oklahoma City will be looking to shake off a 118-113 loss to the Kings. Shai Gilgeous-Alexander finished the game with a team-high 37 points on 69.6%. In terms of betting, the Thunder covered the spread. Heading into the game, they were 5-point underdogs.

Heading into the game, Denver is 33-13 overall. When playing at home, Denver has a mark of 22-3 and a win percentage of 88%. Currently, the team is 1st in the Western Conference. So far, they are 24-21-1 vs. the spread. Denver will look to stay hot in today’s game vs. Oklahoma City as they are the winners of 9 straight games.

In their previous game, the Denver team emerged victorious against the Pacers, winning by a margin of 6 points as predicted. Aaron Gordon shone for the Nuggets, scoring 28 points on a shooting percentage of 73.3%. The Nuggets not only won the game but also successfully covered the spread.

In the most recent game between the two teams, the Nuggets picked up a 122-117 win over the Thunder. However, heading into the game, Denver was favored to win by 8.5 points, giving the Thunder an ATS victory. So far this season, the Nuggets have a record of 3-0 vs. the Thunder. Across the last five matchups between the teams, Oklahoma City has gone 3-2 vs. the spread. However, the Nuggets actually have a positive scoring margin in these games at +4 points per game. The over-under record in these same games is 4-1, with the teams combining for an average of 234 points per game.

For the season, Denver has put together one of the top-scoring offenses in the NBA at 117.6 points per game. When looking at their style of play, the team is currently near the league average in pace, averaging 98.3 possessions per contest. Denver has struggled with their 3-point shot this season, as they are currently ranked just 1st in 3-point shooting percentage at 39.9%. In addition, they are near the bottom of the league in attempts, at just 30.7 attempts per contest. On defense, the Nuggets allow an average of 110.41 points per game, placing them 14th in the league. So far, they have done a good job defending the 3-point arc, as teams are hitting just 34.42% of their looks from deep.

Injuries are a key storyline going into the game for Denver, as their number one and number two scorers are in jeopardy of missing the game. So far, Nikola Jokic is averaging 25.1, which is good for the top mark on the team. Behind him is Jamal Murray at 18.7 points per contest.

The Thunder are 7-2 in their last nine games. The Nuggets have won nine games in a row. Both teams are clubbing opponents with fairly sizable final score margins. I think that changes tonight, and we see a close game that comes down to the wire. I’m betting on the OKC Thunder plus the points!