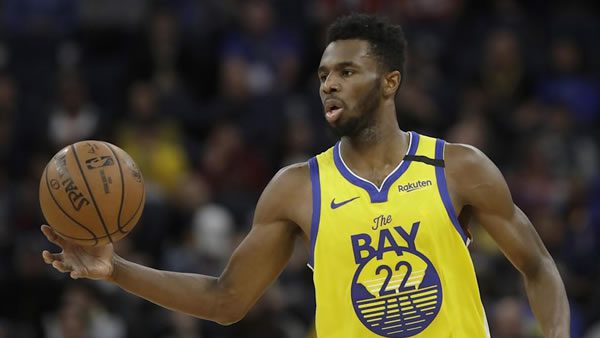 The Toronto Raptors enter today’s game, winning 4 of their past ten games. When playing away from home, the Raptors are an above .500 team, having gone 6-3. As the road team, the Raptors travel to Golden State with a plus-minus rating of +4.6 points.

Overall, the Raptors are ranked 14th among NBA teams in point differential (-0.5). Among NBA teams, they have played the 8th toughest schedule.

For bettors, taking the Toronto Raptors to cover the spread has been a losing bet as they are covering the spread in 41.20% of their games. Their season-long plus-minus against the spread is 2.5.

On offense, the team’s leading scorer is SF OG Anunoby. So far, Anunoby is averaging 20.13 points per game. This output places him 6th in his position group.

The Raptors’ best three-point shooter has been Fred VanVleet, connecting on 3.06 shots from downtown per game. Precious Achiuwa has been in charge of cleaning up the glass, hauling in 8.43 boards per game.

The Golden State Warriors enter today’s game, having won 3 straight games. The Warriors have played at an above .500 rate in their past ten contests, going 9-1. Their overall record of 14-2 has them sitting in first place in the Western Conference. This record has come while playing the 27th toughest schedule.

As they get set to host the Raptors, Golden State has a positive home plus-minus of 16.6 points. Overall the Warriors are ranked 1st among NBA teams in point differential (0.9).

For bettors, taking the Toronto Raptors to cover the spread has been a winning bet as they are covering the spread in 73.30% of their games. Their season-long plus-minus against the spread is 7.3.

On offense, the team’s leading scorer is PG Stephen Curry. So far, Curry is averaging 29.47 points per game. Curry is also the team’s best three-point shooter, making 5.67 three-pointers per game. Draymond Green has been in charge of cleaning up the glass, hauling in 7.53 boards per contest.

In terms of pace, look for this game to be played at a slower pace than expected. When Toronto takes on fast-paced teams, they have a larger impact on the style of the game. On average, the Raptors limit fast-paced teams to four possessions fewer than expected. When Toronto takes on up-tempo teams, they win 47% of the time. Even though the Warriors have only lost two games, slower-paced teams have kept the games close.

The key matchup to watch in this game will be how Toronto holds up against Golden State’s top 10 defense. So far, the Warriors are among the best teams in defensive efficiency. On average, the Raptors score three points per possession above expectation against good defenses but go on to win only 33% of the time.

Last season, these two teams met up for two non-conference games, each picking up one win. In-game two, the Raptors held Golden State to just 77 points as they blew out the Warriors 130-77.

64% are betting the Warriors against the spread.
54% are wagering on the game to go over the posted total of 217

Now that Golden State has firmly established itself as one of this year’s best teams, the point spreads are quickly starting to grow. Coming into this game, the Warriors are 9.5 point favorites against a Raptors team sitting just below .500. Normally, these types of spreads are reserved for the top-tier teams vs. bad opponents. Look for Toronto to keep this game close and cover the spread, as they have a history of performing above expectation against good defensive teams.

In this game, I expect a high contest, making the over’s on play props more valuable. I will be avoiding Pascal Siakam as Draymond Green should spend most of his time on the Raptors power-forward. This season the Warriors veteran has made it his mission to take on the opposing team’s best players and frustrate them all night long. Instead, I like Fred VanVleet to score above 18.5 points.