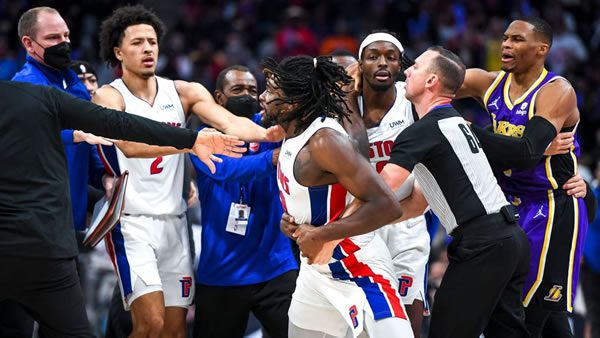 Point Spread: UTA -3.0/ DET +3 (Are you still laying -110 odds on NBA bets? Did you know that you could be laying only -105? This saves you an enormous amount of money! Find this killer money saving offer at BAS Sportsbook!)

Heading into the game, Utah is 17-16 overall. When taking to the road, Utah has a mark of 6-11 and a win percentage of 35%. Currently, the team is 9th in the Western Conference. So far, they are 17-14-2 vs. the spread. Utah travels to take on the Pistons, hoping to avoid their 3rd straight loss.

In their most recent game, Utah was unable to come away with a victory against the Cavaliers, losing by a score of 122-99. Despite Lauri Markkanen leading the team with 24 points, the Jazz was unable to overcome their status as 6-point underdogs. The Jazz also ended up with an ATS loss in the game.

Heading into the game, Detroit is 8-24 overall. When playing at home, Detroit has a mark of 4-11 and a win percentage of 27%. Currently, the team is 15th in the Eastern Conference. So far, they are 17-14-1 vs. the spread. The Pistons need a win in today’s matchup vs. Utah to avoid their 3rd straight loss.

After suffering a 124-121 loss to the Nets, Detroit will be looking to bounce back. Bojan Bogdanovic was the team’s leading scorer with 26 points on a shooting percentage of 43.8%. In terms of betting, the Pistons managed to cover the spread as 8-point underdogs heading into the game.

In the most recent matchup between the two teams, the Pistons picked up the win 125-116 win over the Jazz. Heading into the game, Detroit was the 12.0-point underdogs, giving them an ATS win. This has been the only matchup between the two teams this season. In terms of betting vs. the spread, the Pistons have gone 3-1-1, but the Jazz actually has a positive scoring differential. In these meetings, Utah has averaged 111 points per contest, while allowing 108. Over the course of these games, they averaged 219 points per game, leading a 3-2 over-under record.

For the season, Utah has put together one of the top-scoring offenses in the NBA at 116.7 points per game. When looking at their style of play, the team is currently near the league average in pace, averaging 100.3 possessions per contest. Utah’s offensive attack has benefited from some hot shooting from outside. Not only are they among the league leaders in 3-pointers attempted per game, but they are 9th in 3-point shooting percentage at 36.7%. Defensively, the Jazz has been one of the best units in the NBA, allowing just 107.57 points per game. So far, they have allowed a 3-point shooting percentage of 35.09%, placing them 15th in the NBA.

Going into today’s game, Lauri Markkanen is the leading scorer for the Utah team with an average of 22.3 points per game. This season, his field goal percentage is 52.9%. The team’s second top scorer is Jordan Clarkson, who is averaging 20.0 points per game.

This year, the Detroit offense is not only near the NBA average in points at 111.3 points per game, but they are also playing at a pace similar to the league average. So far, the Pistons are ranked 16th in possessions per contest. When looking at the team’s 3-point shooting numbers, they profile as an average team in both percentage and attempts. For the season, the Pistons’ offense is ranked 14th in 3-point attempts per game while connecting at a rate of 34.7%. The defense has not been a strong area for Detroit, as they currently allow 112.55 points per game. The team’s 3-point shooting defense has been a problem this year. So far, opposing offenses have hit 36.41% of their looks from the outside.

Despite the Pistons’ overall record, they’re an above-average home team, and Utah is likely to have tired legs. The Pistons at +3 is one of the best bets I’ve seen in a couple of weeks! Want more Tuesday NBA picks? Check out what the Predictem Pros are playing!