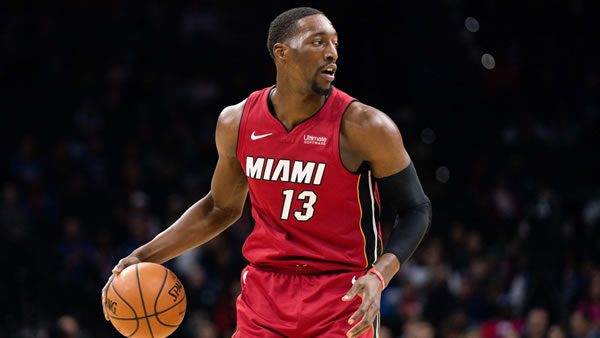 So far, the Warriors have put together an overall record of 3-4, while going 2-5-0 vs the spread. Against the Heat, the Warriors are looking to break out of 2 game losing streak. They have lost these games by an average of -10.5 points.

In their previous game, the Warriors were favored to win vs the Pistons. However, their 128-114 loss gave them both a straight-up and ATS loss. Golden State was not able to turn things around in the 2nd half, as they trailed the Pistons by 14 going into halftime. In the loss, Stephen Curry led the team in scoring with 32 points on a field goal percentage of 41.7%.

The Heat come into today’s matchup with an overall record of 2-5. So far, the team has gone 1-6-0 against the spread. Against the Warriors, the Heat are looking to break out of 2 game losing streak. These defeats have come on an average scoring differential of 9.5 points per contest.

The Heat are coming off a disappointing 119-113 loss to the Kings. Going into the game, they were favored to win by 4 points. In the loss, Miami got off to a slow start, trailing by 22 points going into halftime. Leading the team in scoring was Tyler Herro, as he contributed 34 points while hitting 59.1% of his shots.

The Golden State offense will take the floor in today’s game with the league’s 2nd ranked offense at 118.7 points per game. The Warriors come into the game as one of the league’s better 3-point shooting teams, connecting at a rate of 14.0 made 3’s per game. In addition to their strong outside shooting numbers, the team is playing at one of the fastest paces in the NBA, averaging 104.4 possessions per contest.

Defensively, the Warriors are one of the top-performing units in the league, giving up 105.46 points per contest (3rd).

A key matchup to watch is if the team leading scorer Stephen Curry will be limited at all by the Heat, who are on the NBA’s top teams at limiting the scoring of opposing point-guards.

This season, the Miami offense has had their problems scoring the ball as they are a below average unit at 108.0 points per game. When looking at the team’s pace of play, the Heat are currently below the league average in possessions per game, averaging just 96.8 per contest. This slow style of play has made a difference in their overall scoring numbers, as Miami is just 29th in made field goals per game.

Against the Warriors, the Heat will look to continue their strong defensive play. For the year, they are the 4th ranked unit at 105.57 points per game.

One thing to watch will be if Jimmy Butler will be able to take advantage of his matchup vs the Warriors. Last year, they were ranked just 2nd in points allowed to small-forwards.

The Warriors aren’t playing very well right now. I like the Heat to win convincingly!