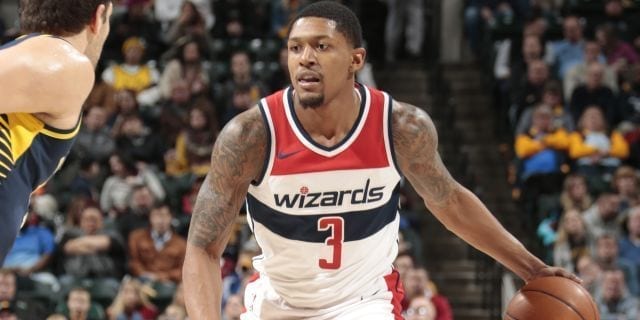 Takeaways From Washington and Los Angeles’ Most Recent Games

The Lakers snapped a five-game losing streak on Sunday when they hosted divisional nemesis Sacramento. Los Angeles closed as a one-point underdog on its own court but they went on to get a 111-106 win against the Kings.

How the Public is Betting the Washington and Los Angeles Game

The Wizards and the Lakers last met in December in D.C. where Washington staged an upset as a 3.5-point underdog defeating Los Angeles 128-110. The victory extended Washington’s win and cover streak in this series to two games.

Wizards Forward Trevor Ariza is listed as doubtful for this game as he continues to recover from a groin injury. Ariza has missed the last two games for the Wizards. Forward Bobby Portis will get the nod again should Ariza been unavailable. In his expanded role, Portis put together a double-double in Washington’s last game against Miami on Saturday where he scored 14 points and collected 11 rebounds.

The Wizards will be playing on three days’ rest as they kick off a four-game West Coast road trip that concludes on Sunday in Denver. Los Angeles is playing this game on two days’ but they have been at home since last Thursday where they kicked a three-game home-stand that concludes with hosting the Wizards. Los Angeles is back on the road tomorrow as they head up to Utah to meet the playoff-bound Jazz.

Can The Wizards Use Free Throw and Turnover Advantages To Get The Win?

This game is prognosticated to be a close one as sportsbooks forecast it will be settled by a mere possession. The Wizards bode two intangibles that put them in position to pull off the upset. First, Washington bodes an advantage at the charity stripe as they hit 77.1% of their free throw attempts (15th in the NBA) compared to the Lakers’ 29th-ranked 69.7%. When it comes to opponent free-throw shooting, the two teams are comparable as the Wizards are 27th in the league with opponents hitting 78% of their free throws while the Lakers sit 28th at 78.4%. The question is whether or not Los Angeles leaves the free points on the table and if they do, the Wizards can get the win. Moreover, Washington also owns an edge in the turnover department which puts them in position to gain more possessions. Given the fact a bucket is the projected difference between the two teams, the Wizards can once again get more chances potentially to steal a win as a result of playing a more responsible brand of basketball compared to their counterparts.

Can Los Angeles Hone Advantage in Shooting Efficiency To Get The Victory?

A noteworthy betting trend in this series is the Home Team winning the last three contests and covering while they do so. The Over is 11-5 ATS in the last 16 matches that have taken place in Los Angeles.

For anyone thinking Money Line here with Washington, all I can I say is not so fast. While the Lakers are a 19-17 SU team at home on the season, they are worth a look here. After all, Washington’s road woes speak for themselves. The Wizards have won just eight games on the road this year (8-28 SU) and have been outscored by an average of 7.9 points when they are playing outside of D.C. This puts the Wizards in position to lose and fail to cover while doing so. While the Lakers may find themselves eliminated from the post-season they can gain a moral victory by ending Washington’s win-streak in this series. Motivation along with Washington’s troubles away from home should give the Lakers enough of an edge to win here by a few baskets and cover while doing so.